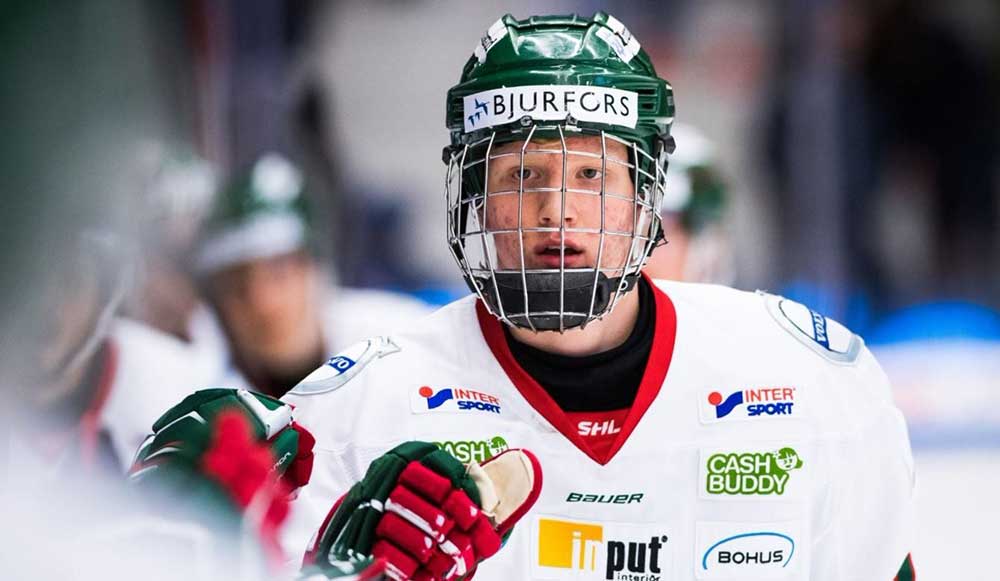 The 2018 NHL Draft is almost here and we cannot wait! In preparation for the draft and to have a bit of fun, we have prepared our 2018 NHL Mock Draft. Check out our picks below and drop us a comment with your own picks. On Friday, June 22nd, the first round of the draft will begin at 7:30pm EST.

1. Buffalo – Rasmus Dahlin (D) – No questions here, Dahlin is a generational talent and the top player available in the 2018 draft by a large margin. He should immediately become an impact player on the Sabres blue line and power-play while also helping Jack Eichel and Casey Mittelstadt carry this team out of the basement of the NHL.

2. Carolina – Andrei Svechnikov (RW) – While he’s not on the same level as Dahlin, Svechnikov’s combination of skills, size, and production still put him in a tier above the rest of the draft-eligible crowd. With Svechnikov joining a team filled with young skilled players, they could quickly become competitive in the East.

3. Montreal – Filip Zadina (LW) – Only Buffalo and Arizona scored fewer goals during the 2017-18 NHL season, so the Canadiens would be addressing a huge need by selecting Zadina. He also has the potential to make the jump directly to the NHL and start contributing next season.

4. Ottawa – Quinn Hughes (D) – The Senators need to start preparing for life without perennial Norris Trophy candidate Erik Karlsson. If he is traded this season, or decides to walk as a free agent in 2019, Hughes will be ready to step in. He’s a highly skilled skater and capable of leading the breakout and quarterbacking a power-play. It’s likely that Hughes continues at the University of Michigan for the 2018-19 season and then makes the jump to the NHL after the NCAA season ends.

5. Arizona – Brady Tkachuk (C/LW) – The Coyotes are another team in desperate need of scoring help, and Tkachuk should help. While rumors suggest he’ll return to Boston University for the 2018-19 season, he has an NHL frame and will surely join the squad next year once his college season ends.

6. Detroit – Evan Bouchard (D) – The Red Wings most prominent need is on the blue line, and they’ll address that by selecting the 6’2″ Bouchard. While some scouts have questioned his skating abilities, his size will ultimately be the selling point for the Red Wings management group whose recent first-round selections include the 6’6″ Michael Rasmussen in 2017, 6’3″ Evgeny Svechnikov in 2015, and 6’5″ Anthony Mantha in 2013.

7. Vancouver – Adam Boqvist (D) – The sky is the limit for Boqvist who has tremendous potential as a gifted offensive defenseman. He may take a few years to hone his skills in Sweden but with some hard work in the weight room and out on the ice, Boqvist could turn into a top defenseman in Vancouver for years to come.

8. Chicago – Oliver Wahlstrom (C/RW) – Chicago’s unfortunate and unexpected rough season allows them to draft a high end prospect. Wahlstrom’s shot is second to none in this draft and will certainly be difficult to pass up.

9. NY Rangers – Noah Dobson (D) – The Rangers have committed to a rebuild and will go for a strong and skillful skater in Dobson. His stock definitely improved throughout a terrific season for Acadie-Bathurst where he posted 17 goals and 52 assists in 67 games played. New York will welcome a skilled defenseman like this on their squad.

10. Edmonton – Ty Smith (D) – In a deep draft for defenseman, the Oilers are fortunate to come away with a player like Smith. He’s smaller than some of the other defenders in his class, but his tremendous skating will allow him to fit right in as they rebuild around Connor McDavid.

11. NY Islanders – Jesperi Kotkaniemi (C) – The Islanders are fortunate to have two first-round picks this high up, and will use their first on adding the best center in the draft. Kotkaniemi can also use his skill on the wing making him a flexible addition to the team.

12. NY Islanders (from Calgary) – Joel Farabee (LW) – While I think a defenseman would be a solid use of this second pick, the Islanders have to go with the better player and grab a winger to compliment their new centerman.

13. Dallas – Barret Hayton (C) – The Dallas Stars will look to address an organization need by adding depth at the center position.

14. Philadelphia (from St. Louis) – Joe Veleno (C) – The Flyers pick up a skilled center at #14 to add to their depth down the middle.

15. Florida – Rasmus Kupari (C) – The Finnish center has decent size and plenty of skill and will line up nicely down the middle for Florida.