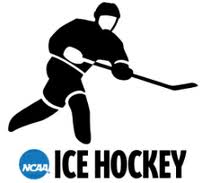 “I am grateful for the generosity shown by our hockey supporters to make this move possible, and I am hopeful that more members of the extended Sun Devils Athletics family will help us grow this program for the future,” Anderson said.

Arizona State wouldn’t be the first university in Arizona to field a varsity hockey team. Northern Arizona had a team from 1980-1986. Prior to dropping their program, they competed in the Great West Hockey Conference with Alaska, Alaska-Anchorage and U.S. International University.

The move was made possible due to a $32 million donation to the athletics department to financially fuel the program from Don and Chris Mullett, as well as anonymous donors. The money also includes the possibility of adding a women’s hockey team but that hasn’t been determined yet. ASU must add a varsity women’s sport to maintain Title IX compliance. Rowing and lacrosse are potential women’s sports they are looking to add in addition to hockey.

According to a statement from the NCAA, Arizona State will phase into Division I competition during the next three years by playing a hybrid schedule in 2015 with a mixture of NCAA-I and ACHA completion, followed in 2016 by full DI schedule independent of conference alignment. The team plans to transition to full Division I membership in 2017, complete with the induction of the ice hockey team into conference competition. A more concrete operational and structural plan for Arizona State hockey will roll out during the next six to nine months.

The next question is what conference would they play in? The nearest schools to them are Denver and Colorado College, which is over a 12 hour bus ride away. Denver and Colorado College play in the National Collegiate Hockey Conference that already has eight teams. It’s unlikely they’ll expand to nine or 10 teams without plucking someone else from another conference to have it at an even number. The WCHA has 10 teams that’s one of the most geographically spread-out conferences in the nation. Seven schools are closely compacted in Michigan  and Minnesota but the other three are in Alaska and Alabama. It’ll be hard convincing athletic directors and coaches to add a trip to Tempe, AZ on their schedule and tight budget when they already have to fly to Alaska and take a long bus trip to Huntsville, AL. The only conference without an even-number of teams is Atlantic Hockey with 11. Outside of Air Force (a 12-hour bus ride), every school is on the east coast meaning they’d have to fly away to all other away games.

Why is Arizona State adding hockey? Someone must be smart enough to realize it’s financially feasible to make it happen. The Phoenix/Tempe market is currently served by the Arizona Coyotes but who knows how much longer they will continue to play in the NHL before they ship elsewhere. And we all know the rumors of a franchise going to Las Vegas. If the Coyotes leave town, then ASU could receive the disposable income hockey fans would have. It can’t be too difficult filling approximately 8,000 people in an arena that would be the 5th largest college hockey arena in the nation when Gila River Arena seats 18,000.