San Jose Sharks Season Preview: Can the Sharks take it to the next level?

It’s hard to put a finger on the problem plaguing the San Jose Sharks. Perennial contenders year after year, but somehow the team always falls just short of the ultimate goal of competing for the Stanley Cup. However, last season the team finally took a step back, going from competing for the top spot in the West to battling for a playoff spot. What can the Sharks do to get over the hump as championship contenders? 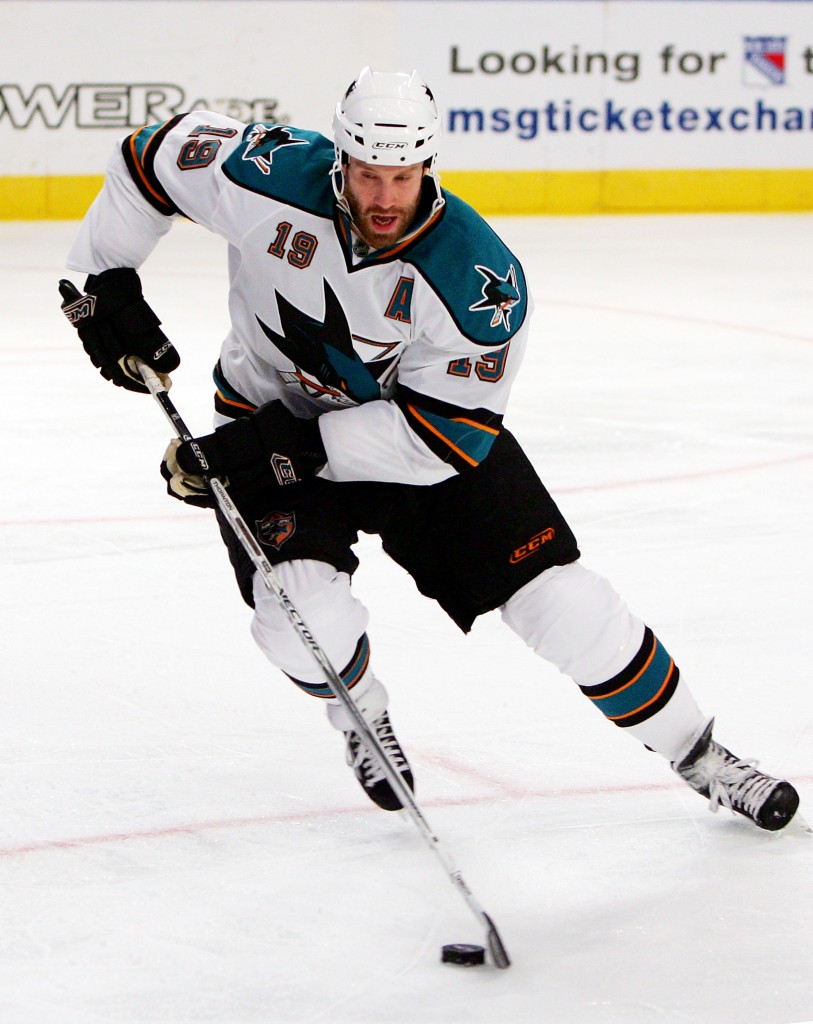 The team has made several moves over the last few years, with some of the most notable revolving around Dany Heatley as the team traded for him in 2009 and turned around to trade him in 2011 to the Minnesota Wild. But the team’s turnover of talent has yet to result in the catapult to the top that they have hoped for as they continue to fall short.

Perhaps the problem doesn’t lie in what the Sharks don’t have, but instead what they do have.

Joe Thornton consistently gets a bad wrap as a playoff underachiever. Consider, however that Thornton has displayed a better point-per-game average in each of the last two playoffs than he did during those regular seasons. Jumbo Joe does what he does best – dishing out assists and making plays. Whether it’s the regular season or the playoffs, Thornton delivers on the score sheet.

The team’s other heavyweight scorer, however, seems to lose a step when playoffs come around. In 2010-11, Patrick Marleau scored at .89 points per game pace during the regular season. That pace fell to .72 points per game in the playoffs. Last season, Marleau failed to register a single point in the team’s five-game first round loss to the St. Louis Blues. A valuable asset indeed, but Marleau displays inconsistencies when it matters most.

Or maybe the problem centers more around balanced scoring. Despite having Joe Pavelski, Logan Couture and Marleau all tally 30+ goals last season each, the next highest goal total behind those three was Thornton with 18. The top three goal scorers accounted for more than 42 percent of the team’s total goals during the regular season last year. Compare that to, say, the Los Angeles Kings whose top three goal scorers only accounted for 37 percent of all goals scored. Perhaps not a huge differential, but maybe enough to keep the Sharks from reaching the next level and hoisting the cup.

As it stands right now, the team will ice much of the same offense as they finished the season with last season. The biggest addition in the offseason was the acquisition of defenseman Brad Stuart, who came over from the Detroit Red Wings during the offseason. Stuart will provide the Sharks with a solid defensive presence and a robust physical presence as well. In addition, Stuart brings a wealth of experience and the knowledge of what it takes to win after hoisting the cup with Detroit in 2008.

The San Jose Sharks have made moves over the last several seasons in an attempt to configure the right lineup to take the team to the next level. With much of the same team returning this year, this could be one of the last seasons we see the team as is before major changes start coming to the core of the group.

Logan Couture seems to be safe, especially with rumors that he was a coveted piece of the trade that would bring Rick Nash to San Jose and send Couture to Columbus, but Sharks management nixed the deal and would not trade Couture.

But what about Pavelski, Marleau and Thornton? How much longer will the Sharks deem them important pieces of the puzzle as the team continues to fail to reach the Stanley Cup Finals year after year. Patience may be wearing thing for the team’s big players.