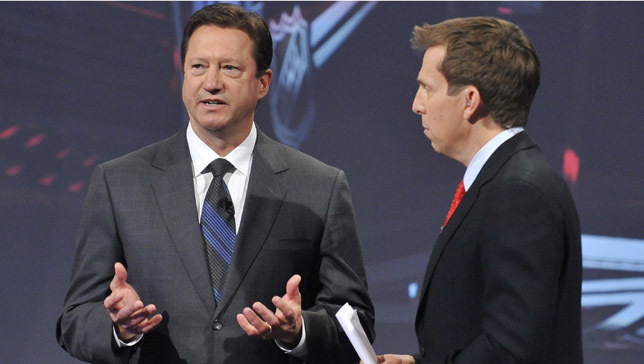 Tonight is a big night with the payoffs kicking off, but last night was a big one also. The NHL Draft Drawing was held to see what NHL team will have the first NHL pick. The players; Columbus Blue Jackets, Edmonton Oilers, Montreal Canadiens, New York Islanders and the Toronto Maple Leafs.

The winner, for the third straight year in a row (fixed?), the Edmonton Oilers.

The Oilers have picked up excellent talent and eventually will cash in on all their picks. Nail Yakupov of the Ontario Hockey League’s Sarnia Sting is expected to go first pick. That is of course if they want another offensive talent, otherwise, Ryan Murray of the Everett Silvertips in the Western Hockey League would be the top defensive choice.