One of the beauties of growing up in Detroit is that we are so close to Canada that we are able to receive CBC. I’ve grown up watching Hockey Night in Canada for as long as I’ve been playing hockey (20 years). One of the guarantees in life is Death and Taxes. You should also add “Don Cherry wearing an outrageous outfit” to that list.

For as long as I can remember when Cherry makes his weekly appearances on Coaches Corner after the first intermission of the early game, his wardrobe is about as off the charts as his opinion on various topics related to hockey. It’s well known his love of Canadian players and his distaste for European players. When I was a kid, one of my favorite things about Cherry was his yearly Rock Em’ Sock Em’ Hockey videos that highlighted the best goals, saves, and hits of the previous season. You can find them on DVD if you haven’t already seen em.

His appearance at today’s NHL All-Star Game in Ottawa was no different than usual. If words speak a thousand  words. Check out the photo below. 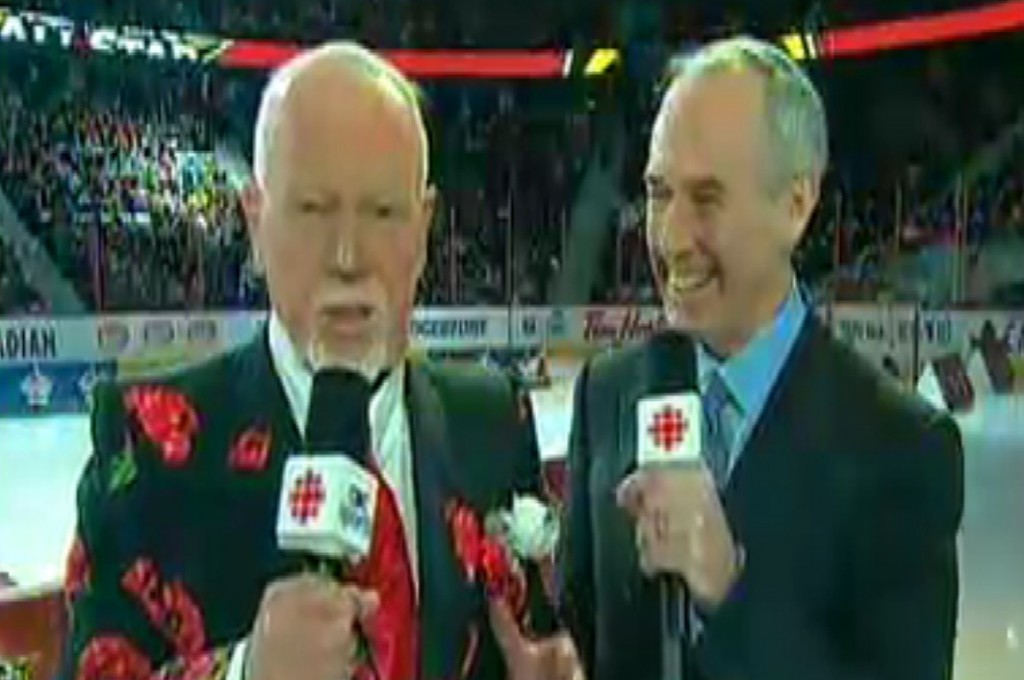 Don Cherry (Left) and Ron MacLean have been together since 1987 on Coaches Corner.