Now on the Auction Block: The Dallas Stars

If you have ever wanted to purchase a hockey team, now is your chance. 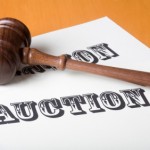 There are various media reports stating the Dallas Stars is now for sale pending the team filing for bankruptcy. A source familiar with the team and the situation say that owner Tom Hicks planned to file for bankruptcy as early as today as a means to start the auction process has been approved by the majority of the team’s creditors. There are already a couple bidders lined up to purchase the team, including a team led by Vancouver businessman Tom Gaglardi. Gaglardi is the chairman and CEO of Sandman Hotels, Inns & Suites.

This is a growing trend in sports as the Stars are the fifth major professional sports team to file for bankruptcy in the last two years, joining fellow NHL member Phoenix Coyotes and MLB’s Chicago Cubs, Texas Rangers and Los Angeles Dodgers. The Coyotes are still owned by the National Hockey League and is still looking for a buyer that will keep the team in Arizona.

Hicks, 65, fell off the Forbes list of billionaires in 2010.  In 2009 his worth was reported to be at around $1 Billion. He also previously owned the Texas Rangers and Liverpool FC of the English Premier League. He and Montreal Canadiens owner George N. Gillet Jr. purchased Liverpool FC in February 2007 and sold the team in October 2010 to a New England-based group led by Boston Red Sox owner John Henry. Hicks’s holding company for the Stars and the Rangers defaulted on $525 million in loans after missing interest payments, according to Bloomberg data.

The Rangers were sold to a group led by Chuck Greenberg and Nolan Ryan in a transaction worth about $575 million. The winning bidder of the Dallas Stars will also receive 50 percent ownership of American Airlines arena. The other 50 percent is controlled by Dallas Mavericks owner Mark Cuban.

At this rate, little league baseball and youth hockey parents may want to think twice if Hicks offers to purchase or sponsor their team.