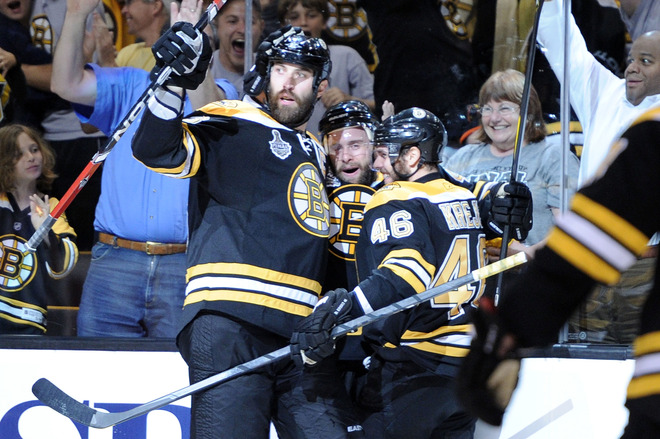 Zdeno Chara, Rich Peverly, and David Krejci of the Boston Bruins all use Easton Sticks

As fans, we can look back on the 2011 Stanley Cup Playoffs and remember a lot of thrilling, high-intensity matchups featuring a myriad of remarkable saves and highlight-reel dangles. But as one of the major hockey equipment manufacturers, Easton Hockey will look back on 2011 as a year where their sticks dominated the playoffs.

According to Easton’s Big Play Newsletter, they have the following honors to celebrate:

Easton also scored big with some individual honors as well:

Beyond that, more than twenty different players scored a goal using the new Easton Stealth RS hockey stick. What started as a project to a sample of NHL players in the 2011 playoffs, turned into the achievements above.