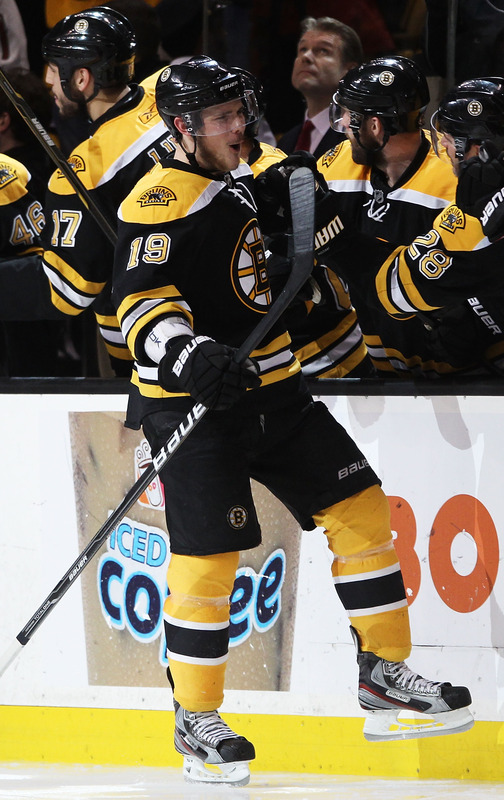 Boston vs. Tampa Bay – It took a five goal second period, and a four point night from rookie Tyler Seguin, but the Bruins have evened their series against the Tampa Bay Lightning at one game a piece. Seguin had two goals and two assists, both on Michael Ryder goals, while Tim Thomas made 36 saves in the 6-5 victory.

Tampa Bay jump started this game just thirteen seconds into the first when Adam Hall scored his first of the post-season. Hall’s goal came on a rebound from a Vincent Lecavalier shot. Nearly fourteen minutes into the game, the Bruins tied the score 1-1 after a power-play goal from Nathan Horton. Tampa Bay would answer late in the first as Martin St. Louis redirected a centering pass from Steve Stamkos into the back of the net. The goal came with seven seconds left in the period, and was St. Louis seventh of the playoffs.

The second period featured a barrage of goal scoring, mostly from the Boston Bruins. They outscored the Lightning 5-1 in the second period alone. Tyler Seguin got things going less than a minute in as he collected a pass from Ryder at his own blue line, skated right past two Lightning defenders, and easily beat Dwayne Roloson with a little head fake forehand to backhand deke. Less than two minutes later, David Krejci put the Bruins ahead as he tipped in a nice pass from Dennis Seidenberg. Four minutes later, it was Seguin again, this time with a beautiful snipe past Roloson. Lecavalier would bring the Bolts to within a goal as he tallied on the power-play with a nice slapshot from the right circle. Michael Ryder would answer back with a power-play goal of his own at 16:16 of the second. Three minutes later, it was Ryder again as he collected a rebound and beat Roloson once again. At the end of the second, the Bruins had built a 6-3 lead.

Entering the third period, we saw Mike Smith in net for the Bolts as they would attempt to make a comeback. Just under four minutes into the period, Steve Stamkos scored his first goal since May 3rd with a wicked snipe. Trailing by two, with thirteen minutes gone in the final period, Dominic Moore would bring the Lightning to within a single goal, 6-5. Unfortunately for the Lightning, that would be all they had left in the tank. Thomas finished the game strong and came out with a win to even the series.

Heading into game three, the Bruins had better hope for some more superb play from Tyler Seguin. The rookie now has six points in two games played, and has been a tremendously effective replacement for Patrice Bergeron. By the way, Seguin is definitely rocking the new Bauer Vapor APX skates, and has been flying in them so far. Nathan Horton has been huge for Boston as well. He had a great first season, and now an even better post-season.

For Tampa Bay, I expect Roloson to rebound strongly after being pulled in game two. His squad will have to provide some better help in front of the net, however, if they want to win. Lecavalier had a huge night, despite the loss. His four points earned him second star of the game honors. Stamkos was big as well, with a goal and two assists. Finding the back of the net on that snipe could be the key to opening the floodgates with Stamkos. He is a natural goal scorer, but has struggled as of late. Regardless of the loss, his confidence might be building.