At age 24, with only four NHL seasons under his belt, Paul Stastny is one of the “veterans” of this team. He is a gifted playmaker capable of producing nearly 80 points in a solid, healthy season and will be one of the main offensive contributors again this season. But Stastny will have good company in rookie-of-the-year nominee Matt Duchene (pictured). With 24 goals last season, Duchene will be a pivotal player this season as the team looks for him to take a step forward into the 70-80 point range and avoid the dreaded sophomore slump. Duchene has the speed and the skill to excel and, along with Stastny, will be a pivotal part of this offense for seasons to come. 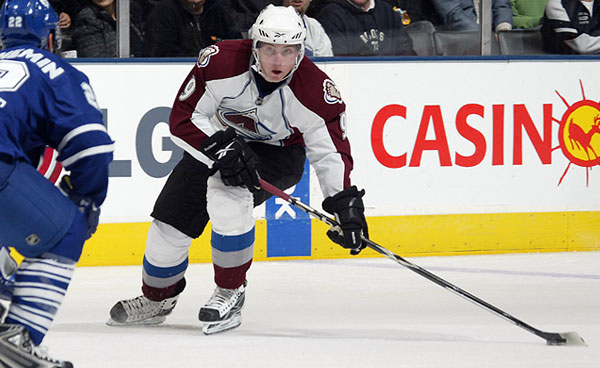 Additional scoring will come from Chris Stewart and Milan Hejduk. Stewart posted a career best 64 points last season, which was also good enough for second on the team in total points. Hejduk, steady as always, provides a real veteran presence and should be back up to 60 points this year if he stays injury-free.

The real X-Factor on this team could be Peter Mueller. After a steady rookie season with Phoenix, Mueller failed to develop and reach his full potential until he was traded last season to Colorado. Upon his arrival, Mueller posted nine goals and 11 assists in only 15 games before getting sidelined with injuries. Will Mueller continue to progress into one of the leading scorers for the Avalanche, or will he again regress into mediocrity as he did with Phoenix?

Young talent plowed the path on defense last season and Colorado will hope for more of the same this year. Ryan Wilson led the team with a plus-13 at only 23-years-old while Kyle Quincey was right behind with a plus-9. These two young players could develop into the defenseman of the future for Colorado, especially with veterans like captain Adam Foote and John-Michael Lyles helping guide these youngsters. But with the loss of veteran Brett Clark in the offseason, Colorado will need more players to step up their game defensively.

Craig Anderson, previously dismissed as a career backup, showed the NHL why he deserves a starting spot last season. With 38 wins last season and a 2.64 goals against average last season, Anderson was a huge reason for the success of the Avalanche. However, Anderson also started 71 games last season which was a big increase in his workload from previous seasons. Fatigue could definitely become a concern if Anderson is called upon to do more of the same this year. While backup netminder Peter Budaj is a capable goaltender, if Anderson regresses this season the team could be in trouble.

The Avalanche managed to finish 8th in the Western Conference last season after many critics counted them out for being too young and inexperienced. This season, instead of bringing in million-dollar free agent signings, the Avalanche decided to keep their roster mostly in tact and allow their young up-and-coming stars to thrive and learn first hand what it takes to be successful in the NHL. That being said, Colorado’s success this season depends mostly upon their young core’s ability to improve and continue taking steps forward with their play. If key players like Stewart and Duchene fail to maintain the same high level of play, this team could be in trouble – especially in a tightly contested Western Conference where there are several very good teams fighting for playoff spots. Many of those teams got better in the offseason while Colorado is relying on their youngsters to keep pace. Despite having several very talented young players, the Avalanche could find themselves fighting heavily for a playoff spot at the end of the season.