Don't Miss
Home / News / All-Star Weekend Preview: The Best of the Best in Hockey Are Set to Collide in St. Louis

All-Star Weekend Preview: The Best of the Best in Hockey Are Set to Collide in St. Louis

The 2020 NHL All-Star Weekend in St. Louis is almost upon us – a two-day and three-part, top hockey extravaganza, featuring the NHL’s crème de la crème in a skills competition, a showdown between USA and Canada in a women’s elite hockey game, and, finally, the best of the NHL going toe-to-toe in a divisional-team showdown. Naturally, hockey betting enthusiasts and pure hockey fans alike can’t wait for the showcase to get underway this weekend at the Enterprise Centre in St. Louis, home of the defending Stanley Cup champions, the St. Louis Blues.

The mid-season classic celebrates all things hockey, but mostly it also celebrates hockey fans the nation over, treating them to the ultimate game experience – pitting the dream team in both men and women’s hockey, the finest and most talented players that grace the sport against one another according to fans of the sport.

Eleven players voted-in from each NHL division are set to face off in a three-on-three tournament to establish the All-Star game-winner on Saturday, January 25.

Which of the four divisional teams are you backing with your NHL picks?

Prior to the nationally televised main event – NBCSN for USA viewers and CBC Sportsnet for Canadian viewers – the NHL All-Star Skills Competition on Friday, January 24, kickstarts the weekend, with players participating in five individual events for bragging rights and a prize purse of $30,000.

The All-Star Skills competition includes the fastest skater, save streak, accuracy shooting, and hardest shot categories. This year’s edition of the NHL All-Star weekend is set to introduce a new skills category that goes by the title, “Shooting Stars.’ The objective of this fifth category is to test the shooting skills of players from a challenging elevated position behind the goal as they attempt to hit targets on the ice.

Friday’s slate closes with a right cracker of a bout that is sure to add to a litany of the USA versus Canada classics — the debut event featuring a three-on-three women’s hockey scrimmage game featuring nine skaters and a goalie from each country’s national teams.

Women have participated in the last two installments of the mid season showcase. Team USA Olympians demonstrated drill skills two years ago and then, a year later, Kendall Coyne Schofield competed in the NHL All-Star competition, becoming the first woman to compete alongside her male peers. Coyne Schofield finished seventh overall in the fastest skater event with a time of 14.346 seconds.

According to Bovada, one of the best well-reviewed sportsbooks, the Pacific Division emerges as the slight favorite at +200 to win the premier event on Saturday, closely followed by the Atlantic Division (+250) and then the Metropolitan Division. The Central Division rounds out the quartet as the longshot bet, with NHL odds trading around the +500 mark.

The Pacific Division is spearheaded by team captain Connor McDavid (Edmonton Oilers forward) and coached by Rick Tocchet of the Arizona Coyotes. The Oilers’ talisman leads the league currently with 76 points comprised of 27 goals and 49 assists. Elias Pettersson of the Vancouver Canucks is the next best player according to the stats (ranked 14th) representing the Pacific Division (51 points with 21 goals and 30 assists). 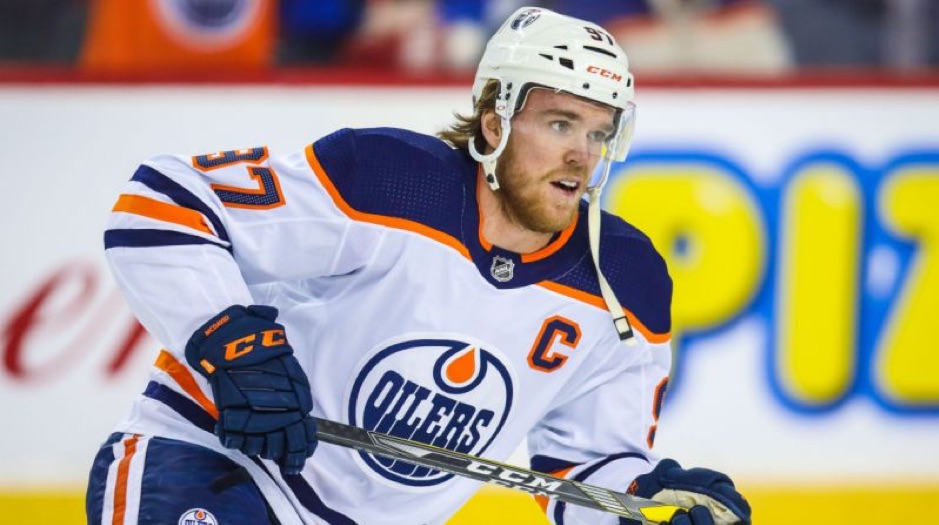 On a side note, initially, Gerard Gallant was voted as the head coach of the Pacific Division team but following the shocking news of the Vegas Golden Knights firing their manager on January 15, the NHL announced Tocchet as his replacement.

While the Pacific Division may be the bookies’ fave, there are those NHL bettors that would have the Atlantic Division, headlined by captain David Pasternak and coached by Bruce Cassidy of the Boston Bruins, as the smart bet to back for All-Star NHL picks.

Pastrnak not only won the accuracy shooting competition last season but he also leads the NHL with 37 goals in 49 appearances; the Czech player is an integral cog in Boston Bruins’ bright campaign thus far, which has Cassidy’s side sat lotus atop the Atlantic Division going into the All-Star break. Auston Matthews of the Toronto Maple Leafs is third overall in scoring with 34 goals to his credit.

The Metropolitan and Central Divisions may be the quintessential underdogs of the competition, but there’s exploitable value to be had in both camps. Particularly, with the latter seeing as St. Louis Blues’ head coach Craig Berube is in charge of a team that includes veterans like Patrick Kane and Eric Staal, and four St. Louis Blues players: Alex Pietrangelo, David Perron, Ryan O’Reilly and Jordan Binnington.