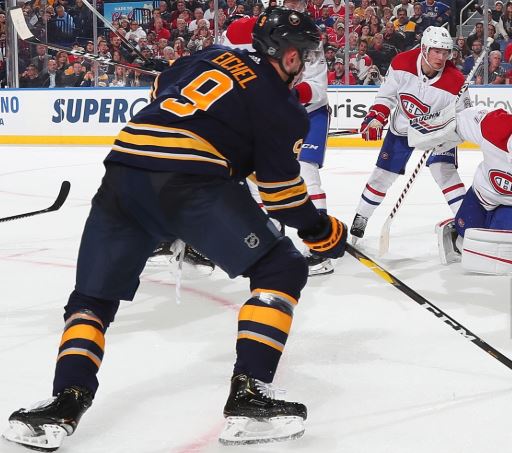 Perhaps Jack Eichel ran out of his trusted Bauer Supreme sticks, or maybe he’s just had enough of Boomtown and no longer wants to be mayor. Either way, Eichel made a switch last night to a rival brand.

The Buffalo Sabres captain started last nights game against the Montreal Canadiens using a Bauer Supreme 1S stick, but it didn’t last long. By the time he scored his first goal of the night, he had switched over to using a CCM Super Tacks AS1 stick. He ended up tallying two second period goals using the rival brand, and added two assists on the night as well.

The consequences of such a move to Bauer or CCM might be minimal, but the timing is incredible. Eichel has been one of the NHL stars pictured with Bauer’s upcoming Supreme ADV stick, which of course releases this Saturday, October 12th. Switching to a completely different brand, and then unleashing a four point performance with that other brand only days before the launch of one of the most highly anticipated products from your previous brand is just insane.

Time will tell if Eichel continues using CCM, much like Auston Matthews has done, or if this was just a one off occurrence. Either way, keep your eyes peeled. Eichel and the Sabres lace up the skates tomorrow at 7pm against the Florida Panthers.