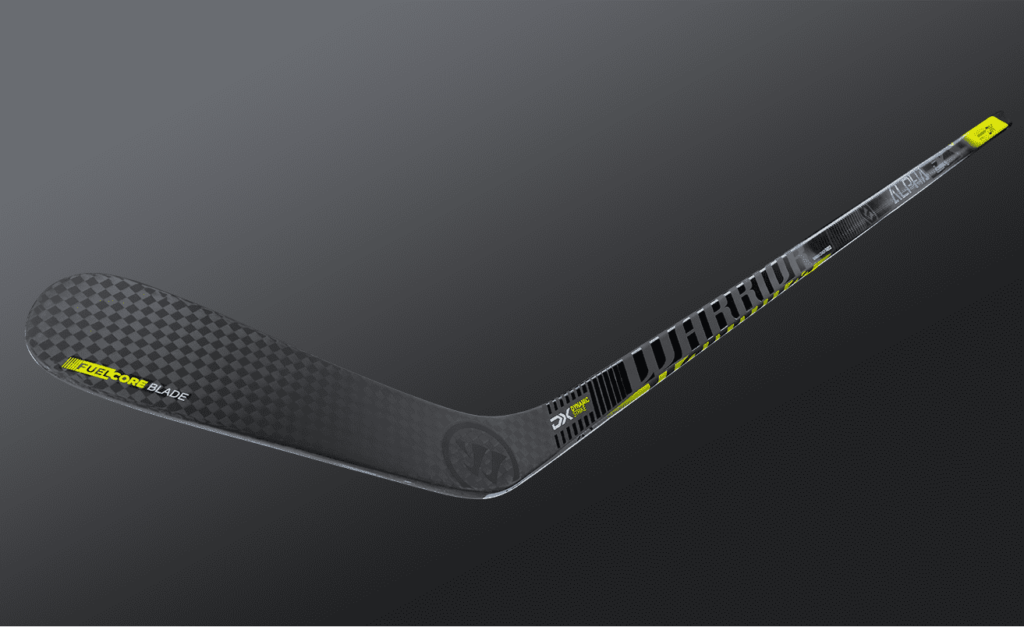 Warrior Hockey fans rejoice, the all new Warrior Alpha DX stick line is now available for pre-order from our friends at Ice and Inline Warehouse!

Leading the charge for the DX Stick line is the elite level Warrior Alpha DX Stick. At $259.99, it’s not a bad deal for an elite level stick, and especially one weighing less than 400 grams. The stick itself features a mid-low kick point and offers a great balance between shot power and release quickness. The Alpha DX stick also features new 1400D Minimus carbon fiber and a true one piece construction.

Next in the line is the Alpha DX Pro stick coming in at $199.99. This stick is a bit heavier at 445 grams, but is going to offer tremendous performance for high level players while still saving a bit of money versus the premier level stick. This version is constructed with Minimus 1000D carbon fiber and a flat weave.

Check out the Alpha DX3 Stick

If you’re looking for a stick under $100 to get by on, the Warrior Alpha DX4 stick could be your choice. It’s a bit heavier at 465 grams, and uses Minimus 400D carbon fiber paired with performance fiberglass. It’s a true one-piece constructed stick, but will likely be for those players sticking to a budget or those who are newer to the game and are looking for a decent twig.

Check out the Alpha DX4 Stick

The Warrior Alpha DX5 stick will be your true entry level stick made for recreational level players. Starting at a cool $69.99, the DX5 stick is perfect for anyone who is new to the game or simply doesn’t want to break the bank purchasing hockey gear. It still features a true one-piece design and a low kick point, but weighs in at 540 grams using a blend of Minimus carbon and fiberglass.