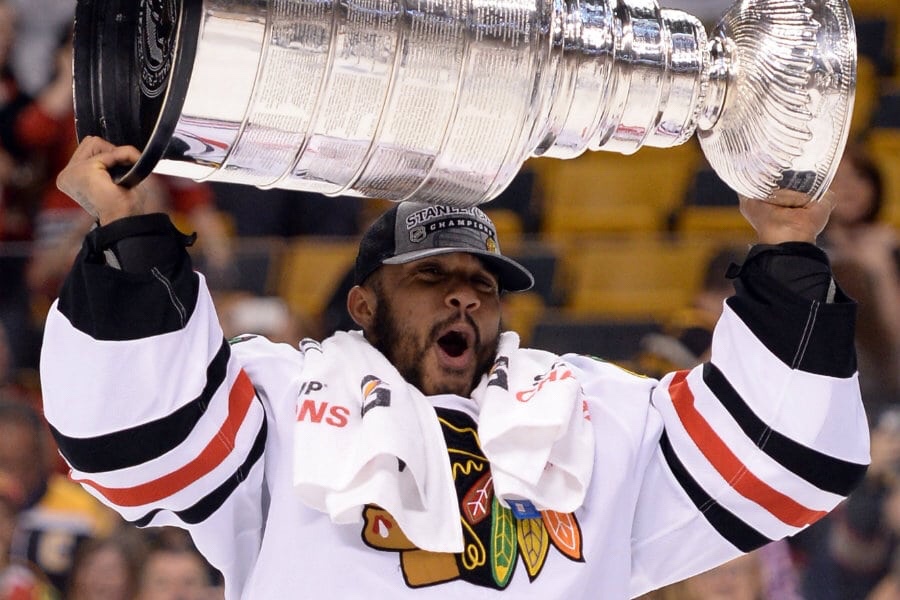 The hockey community mourns the loss of another former NHL player after learning of the passing of goaltender Ray Emery. The 35-year-old former netminder drowned while swimming over the weekend.

According to the Hamilton Police Department in Hamilton, Ontario, Emery was reported missing just after 6:00am on Sunday. He was swimming in Hamilton Harbor and his body was recovered just before 3:00pm, close to where he was last seen.

“They went out for a swim, and unfortunately, he did not emerge after diving in,” police Inspector Marty Schulenberg told The Hamilton Spectator. “We responded along with Hamilton Fire and EMS. Unfortunately, our efforts on the water and in the area just around the piers were met with negative results.”

Emery was a talented goalie who played nine NHL seasons after being drafted in the fourth round of the 2001 NHL Draft by the Ottawa Senators. He began his career with the Senators full time during the 2005-06 season and would help lead the Senators to the Stanley Cup Finals the next season.

After leaving Ottawa, Emery would spend time in the KHL in 2008-09 and then re-join the NHL and the Philadelphia Flyers in 2009-10. He later played for the Anaheim Ducks, Chicago Blackhawks, and Philadelphia Flyers. The most success he found during that time would be with the Blackhawks, where he managed a 17-1-0 record in 21 games played as a backup. The Blackhawks would win the Stanley Cup that season, earning Emery a spot forever engrained on hockey’s holy grail. Emery would end his career playing for the Mannheim Eagles of Germany’s DEL.

Razer, as he was commonly known around the league, was not only a solid goaltender in the NHL, but he also brought an extra physical force to the ice and wasn’t afraid to drop the gloves for a fight. His most notable fight would come against the Buffalo Sabres and goaltender Martin Biron. We’ll leave you with that clip below as we extend our condolences to the family and loved ones of Ray Emery.