The Time is Now for a Red Wings Makeover 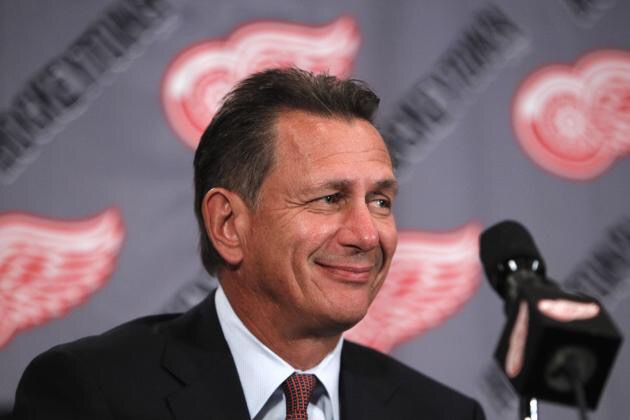 In a matter of 12 hours, the future for the Detroit Tigers changed dramatically. Two of their best players were dealt away for prospects and more importantly the organization has finally committed to a full rebuild. Fans saw it coming, but the team had originally insisted they would push on while trying to improve with younger players and less expensive contracts.

Across Woodward, the Detroit Red Wings, who are also owned by the Ilitch family, are in a familiar position. The team is loaded with bad contracts and a management team that wants to improve, but will not commit to a full rebuild. Instead, the team continues to sign aging veterans and grit players with the hope of simply making the playoffs. That alone falls short from the organizations once standard yearly goal of winning a Stanley Cup championship.

The result is an organization struggling to find its true identity as they begin play in a new world class arena in just a few weeks. Fans want a true rebuild. They are looking for the team to eliminate bad contracts from players such as Jonathan Ericsson, or to promote from within rather than signing players such as Luke Witkowski who have a limited role. Because of this poor salary cap management, the Red Wings now are struggling to sign one of their future stars in Andreas Athanasiou after already going through an arbitration hearing to sign leading goal scorer Tomas Tatar.

Meanwhile, Ken Holland continues to persist with the same strategy that got him into this mess in the first place. He hands out contracts to players that no one else would (Abdelkader, Helm, etc), all the while neglecting the teams real future. The product on the ice shows veterans are the clear favorite, no matter how much they struggle. Youngsters, however, are given little opportunity to succeed with frequent scratches and limited ice time even when they’ve proven to be effective on the ice.

To the Ilitch family, this has to be the year where they’ve had enough. If Holland and Blashill cannot come out of the gates with a strong performing team, they must be replaced. Each and every year that the Red Wings avoid a full rebuild is another year that they are delaying the inevitable. It’s time for change, from the ground up, and they can now start by learning from their neighbors across the street.