Are “Swedish Mafia” calling the shots in Detroit? 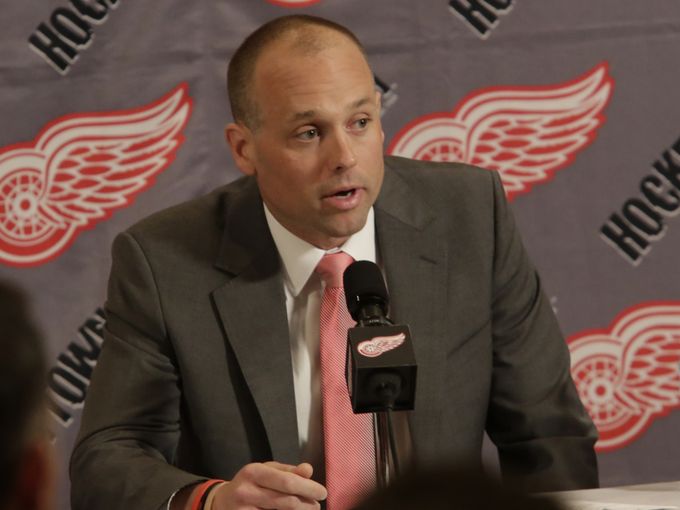 After a team is eliminated from the playoffs, news immediately comes out of various injuries and other behind the scenes factors that possibly attributed to the loss. But a very interesting rumor is coming out of Detroit just one day after the Red Wings lost to the Tampa Bay Lightning in five games—and that rumor involves a locker room coup of sorts of rookie coach Jeff Blashill.

According to Hockey Feed, several of Detroit’s senior players, like Henrik Zetterberg and Niklas Kronwall, have been calling the shots behind the scenes, even when it’s in direct conflict with Blashill’s direction.

Hockey Feed points to an article from Sportsnet’s Greg Brady, who speculated about potential issues in the locker room, saying that, “Zetterberg and Kronwall run that locker room. (They are the) most vocal guys there by a mile.”

Brady uses this rumor to support why guys like Jonathan Ericcson and Joakim Andersson—both Swedish countrymen of Zetterberg and Kronwall—were getting playing time over talents like Brendan Smith and Anthony Mantha.

“So Ericcson over Smith and now Joakim Andersson over Anthony Mantha,” said Brady. “Guess why.”

Detroit Sports Rag supported this position, saying that the “Swedish Mafia” led by Zetterberg “made it clear that it was HIS (sic) voice that should be listened to and NOT (sic) Blashill’s.”

While these are only rumors at this point and should definitely be taken with a grain of salt, these are some pretty serious accusations that bring up severe concerns about Blashill’s control of the locker room and Zetterberg’s leadership.

When comparing Ericsson to Smith, it’s tough to draw any discernible conclusion based on stats. Both had 15 points on the season—a matching three goals and 12 assists, although Smith did it in eight fewer games. But Ericsson averaged a minute more of ice time per game than Smith during the regular season. In the postseason, Ericsson had one point with an even plus minus in five games. Smith had one point and was a plus-two in three games. Again, Ericcson averaged about a minute more than Smith in ice time.

Things are a little different when you compare Andersson to Mantha. Both had three points in the regular season, although Mantha tallied those points in just 10 games, while Andersson played 29. Mantha also averaged nearly 12 minutes of ice time per game to Andersson’s nine.

Red Wings fans are certainly looking for answers as to why they are experiencing yet another long summer after getting steamrolled by a Tampa Bay Lightning team missing their most potent offensive weapon in Steven Stamkos. These rumors provide a perfect scenario to explain why a turnover-prone player like Ericsson kept getting playing time over a guy like Smith, and why Mantha, someone who could provide more offense to a goal-starved team, was sent to the minors in favor of Andersson.

And right now, Wings fans will take any explanation for the team’s poor performance.

Henrik ZetterbergJeff BlashillNiklas KronwallRed Wingsswedish mafia
← Previous Story Oilers will be sellers at trade deadline—but who stays and who goes?
Next Story → Is Nathan MacKinnon on the trading block?