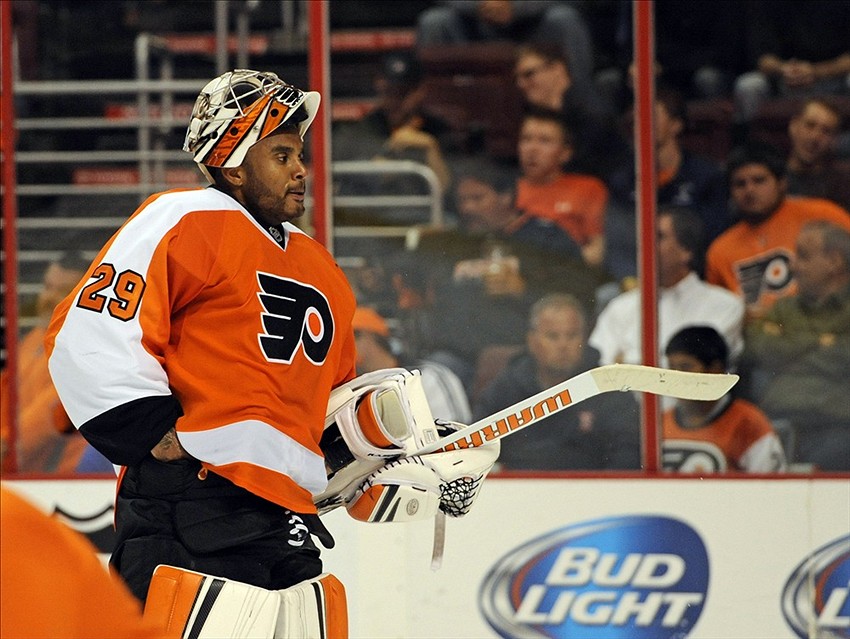 Philadelphia Flyers general manager Ron Hextall confirmed today that goaltender Ray Emery, who played for the Flyers during the 2009-10 season, and then again from 2013-2015, will be joining the team on a professional try-out.

The 33-year-old will join the team during their morning skate on Wednesday.

During his stint with the Flyers last season, Emery recorded 10 wins in 31 games played. He posted a 3.06 goals against average and a .894 save percentage.

The Flyers opted not to re-sign Emery, who recieved a pro tryout offer with the Tampa Bay Lightning on September 8, 2015, but was released later that month. On December 18, he signed a pro tryout with the Toronto Marlies of the American Hockey League, where he was highly commended on his role as a leader and mentor with the younger players. The team released Emery from his tryout on February 4, 2016.

Emery was chosen 99th overall in the 2001 NHL Entry Draft by the Ottawa Senators. He started his career as backup to Dominik Hasek during the 2005-06 season, winning his first nine games. He helped lead the Senators to the Stanley Cup Finals in 2007, where they ultimately lost in five games to the Anaheim Ducks.

In addition to the Flyers and Senators, Emery has also played for the Anaheim Ducks and Chicago Blackhawks.