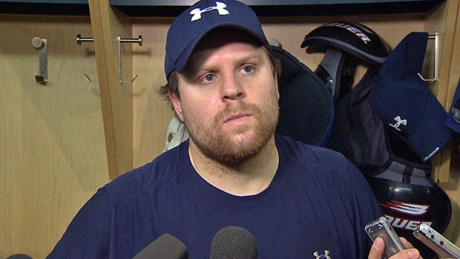 The players have spoken—and Pittsburgh Penguins forward Phil Kessel has once again been named the most overrated player in the NHL.

Earning nearly 30 percent of the vote, this is the second straight season that Kessel has earned the honor as the league’s most overrated player in an anonymous poll conducted by Postmedia. Kessel shared the award with teammate Dion Phaneuf last year.

While many believed that a stint with the Penguins and the chance to play alongside guys like Sidney Crosby and Evgeni Malkin would elevate Kessel’s game to new levels, the 28-year-old has largely underwhelmed with 23 goals and 54 points in 75 games.

The survey also recognized several other players. Chicago Blackhawks forward Patrick Kane was voted to have made the biggest impression, with Edmonton Pilers rookie Connor McDavid finishing one vote behind. Boston Bruins forward Zac Rinaldo was voted the dirtiest player in the league (and many would argue that he is the dirtiest in the AHL as well), and Anaheim Ducks forward Corey Perry was named the most frustrating to play against.