Kings getting close to extending Kopitar 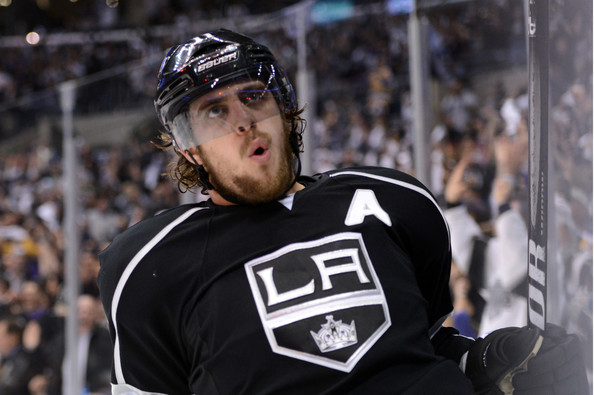 Earlier this season, it appeared that contract negotiations between the Los Angeles Kings and franchise star Anze Kopitar had pretty much come to a stop. Now, recent reports indicate that negotiations have not only picked up again, but an agreement on a long-term deal could be imminent.

“He’s everything we covet as a King,” said Mike Futa, director of hockey operations for the Kings. “It’s too close to not get it done.”

The reports seem to originate with John Hoven of MayorsManor, who posted a Tweet indicating that several sources have claimed that Kopitar and the club have the frame work for an eight year extension in place, which is the maximum allowed under the current Collective Bargaining Agreement. According to Hoven, the deal would see Kopitar get about $9.75 million annually throughout the duration of the deal.

The 28-year-old center Kopitar is in the final year of a $47.6-million pact that carries a $6.8 million salary cap hit.

If the money and term of the deal are indeed in place, it’s believed that a no trade/no movement clause is the final remaining piece of the puzzle. While this may seem like a small detail, according to Hoven, it was essentially the sticking point in contract negotiations that led to Rod Scuderi not re-signing in 2013.

Kopitar has played nine seasons with the Kings, winning two Stanley Cups with the team.