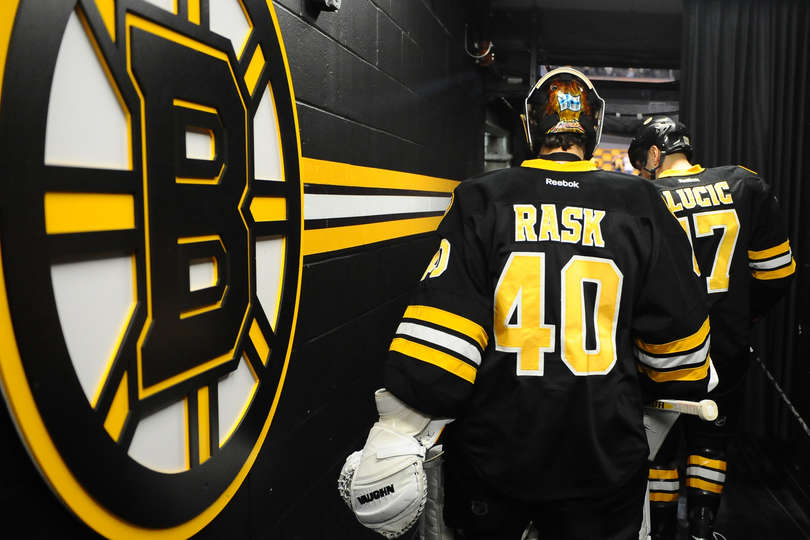 The Bruins organization undertook some drastic changes in the offseason—notably sending the always-dangerous Milan Lucic to Los Angeles and trading defenseman Dougie Hamilton—but is Boston a better team entering this season?

Boston missed the playoffs for the first time in eight seasons last year, but they were still considered a contender and one of the most dangerous foes in the league. That’s largely due to their ability to both score goals and keep goals out of their own net.

On the defensive side, the team was eighth in the league in goals against per game average—and the only team in the top 10 in that stat category to not make the playoffs. Tuukka Rask was a big part of that, posting a respectable 2.30 goals against average and a .922 save percentage. Rask is a work horse, playing in 70 of the team’s 82 games, and he’s the kind of goalie who can steal games from opponents. Expect Boston to lean heavily on Rask again this year.

Part of the problem last season was the fact that Zdeno Chara only played in 67 games. A long-time pillar on the Boston blue line, Chara will turn 39 this season, and if his plus/minus is any indication (going from +25 to even the past two seasons), Chara has lost a step. Regardless, his size and grit make him a formidable foe no matter his age.

Center David Krejci also missed significant time due to injury, skating in just 47 contests. However, the 29-year-old managed to tally 31 points, and a healthy season for Kejci will give Boston a significant offensive boost. Not only is Krejci good in his own right, but he makes the players around him better and he’s an excellent in his own zone. A healthy Krejci will pay significant dividends for Boston.

Two players the Bruins will expect improved contributions from are Patrice Bergeron and Loui Erikkson. While Bergeron has never been a dynamite offensive talent, he should be posting 60-70 points consistently—a mark he missed last season. At 30-years-old, Erikkson is in the prime of his career and has had no problem posting 70+ points in the past. He seems to have struggled with the Bruins, however, and hasn’t nearly tapped his offensive potential. This could be a make-or-break season for Erikkson in Boston, and if he doesn’t put up solid stats, he could be on the trading block in the spring.

The wildcard for Boston is the addition of Matt Belesky, who scored a career high 22 goals with the Anaheim Ducks last season. Some considered Belesky overrated and his career year a fluke, but he spent significant time playing in the top six with Anaheim and could slot in nicely in the same role with Boston.

The team will also look for Brett Connolly to provide another dimension offensively. Connolly was acquired from the Tampa Bay Lightning at the trade deadline last season, but was limited to just five games with Boston thanks to a hand injury. He’s young with a lot of potential and gives the Bruins some options down the middle.

There are a lot of bright spots for the Bruins entering this season. The physical play of Lucic will certainly be missed, but the Bruins added size and skill to help replace him, and many of the core pieces that have made this team so dangerous over the last several seasons are still in place—making the Bruins a team to be reckoned with.