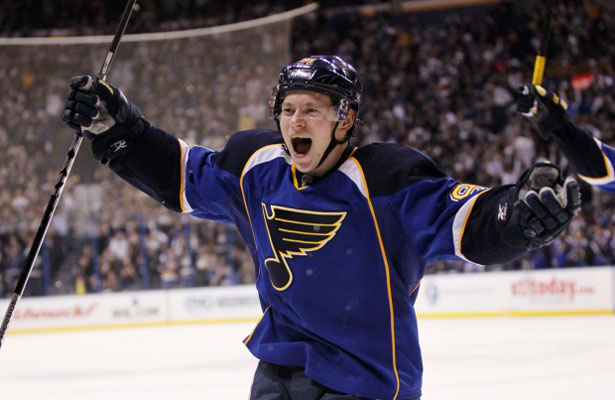 The biggest upside to the St. Louis Blues last season was the emergence of Vladimir Tarasenko as a superstar. He became the offensive leader of a team with very high expectations, and helped them coast through the regular season. But not all went right for St. Louis. After concluding the season with 109 points, the Blues had the highest of expectations put on them once again as they entered the playoffs. However, to the dismay of Blues fans, the team lost a seven game series in the opening round of the playoffs, against the Minnesota Wild, and once again failed to make an impact in the playoffs. Are the Blues destined to disappoint their fans year after year with this core, or are they capable of making a run for the Stanley Cup?

St. Louis had very few notable signings in the off-season. Their biggest signing was locking up the aforementioned Tarasenko to a long term deal. He’s now under contract for 8 more seasons at a $7.5 million cap hit. The Blues also locked up young goaltender Jake Allen for two additional years, and brought back Magnus Paajarvi for another year, but he saw limited action last year skating in only 10 games. However, with the Chicago Wolves, Paajarvi racked up 11 goals and 18 assists, good for 29 points in only 36 games. He’ll try to crack the line up again this year, but may be stuck in the AHL again.

Offensively, the Blues will once again be lead by Tarasenko, along with Alex Steen, Jaden Schwartz, and David Backes. The loss of T.J. Oshie will hurt, but it may hurt the Blues fans more than the team. His replacement, Troy Brouwer, will fill in nicely and should contribute roughly 20 goals this season.

The Blues, however, will need to see more production from Paul Stastny this season. His first with the club was considered a disappointment by many. After signing as one of the premier free agents on the market in the summer of 2014, Stastny managed only 16 goals and 30 assists for the club. Both numbers are below his career averages and he will have to do better this season.

This team is still filled with some depth talent up front as well. Newcomer Jori Lehtera should see some additional progress after a successful first season in the NHL. Patrik Berglund, Kyle Brodziak and Steve Ott will provide valuable depth as well.

Defensively, all of the rumors turned out to be nothing more than rumors as Kevin Shattenkirk was not traded. He and Alex Pietrangelo solidify the defensive unit tremendously. Both players also have solid offensive upsides and contribute on the power-play. Jay Bouwmeester adds another rock to the defense, while Carl Gunnarsson Robert Bortuzzo, and Chris Butler round out the unit. Their young defenseman should benefit greatly from playing with the top three and it will help mold them into quality defenseman.

In between the pipes, there could be a good competition between the young Jake Allen and Brian Elliott. Both netminders played well last season, and each had at least 20 wins on the season. Signs point to this team riding the hot goalie as he streaks, creating an ongoing goalie competition. This will prove beneficial to the Blues as both goalies should remain at the top of their game.

Coach Ken Hitchcock will be an important person to keep an eye on this season. The Blues brought Hitchcock back on a one year contract earlier this summer, and he is definitely on the hot seat. If the Blues aren’t able to make progress during the playoffs, he will likely be out as head coach. Hitchcock’s coaching will be a big storyline all year long, and the team will have to remain focused and not let that distract them as they try to reach their ultimate goal.

The St. Louis Blues are a solid team, in every aspect of the game. They are offensively sound, defensively strong, and have two great goaltenders. Unfortunately, the pieces just haven’t fallen into place during the postseason. The Blues know what is at stake this season, and will reach the playoffs again without question. However, it will take some serious playoff grinding and a nice hot streak from one of their goalies for them to make a run next April.