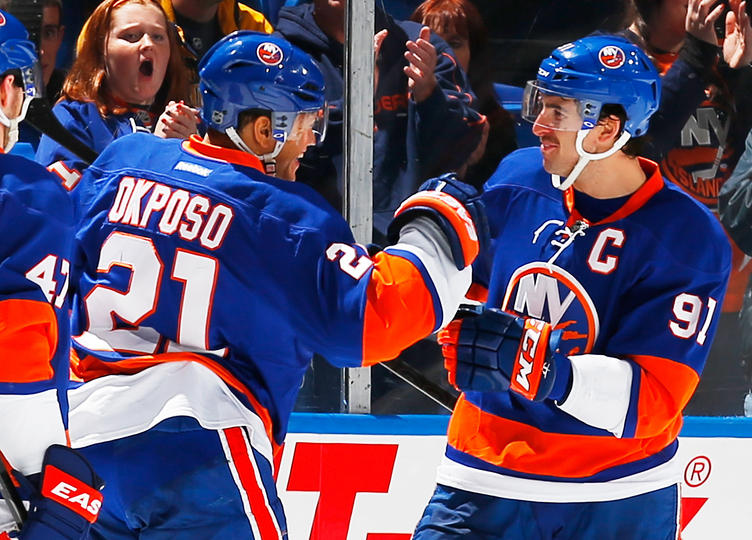 Last season, the New York Islanders had one of the strongest teams in the Eastern Conference. They finished with 47 wins and 101 points for the campaign, but ultimately faced a tough draw with their first round playoff opponent. It was fellow Metropolitan Division squad,  the Washington Capitals, who edged them out in a grueling seven game series in which Evgeny Kuznetsov’s patience allowed him to score the game winning goal with only 7 minutes remaining in the third period.

Despite the early playoff exit, the Islanders know they have a solid team. They held steady throughout free agency, mostly claiming their restricted free agents, or players to add to their farm system. Their most notable signing came from goaltender Thomas Greiss who will take over backup duties from Chad Johnson.

Their starting goaltender, Jaroslav Halak, returns in top form to help lead the Islanders back to the playoffs. He’ll even be sporting a new pair of Brian’s Sub Zero 3 goalie pads. Halak battled hard in the starting role to earn a career best in wins with 38. He started a career high 59 games, and added a career best 3550 minutes played.

Offensively, the Islanders will be lead by captain John Tavares, who also posted a few career bests last season, including goals, points, plus/minus, hits, and blocks. He was an all around stud for the Islanders, and you can certainly expect more along those same lines this year. Tavares is a full fledged NHL star, and is as eager now as ever to hoist his first Stanley Cup.

Tavares’ supporting cast will include the likes of Kyle Okposo, Ryan Strome, Frans Nielsen, Josh Bailey, and more. Each player continues to grow and help the team build on their previous successes.

Defensively, the upgrades made by the Islanders last year proved to be excellent. Johnny Boychuk and Nick Leddy each played a huge role in the Islanders success last season. With another year of experience under their belts, the Islanders defense should show more improvement and continue to be dangerous on the power-play.

The Islanders are poised to have another strong campaign in 2015-16. Their team is well rounded, and they still have additional cap space to make a solid trade deadline acquisition or two. This will be a strong team come April, 2016, and they should have much better luck in their next playoff series.