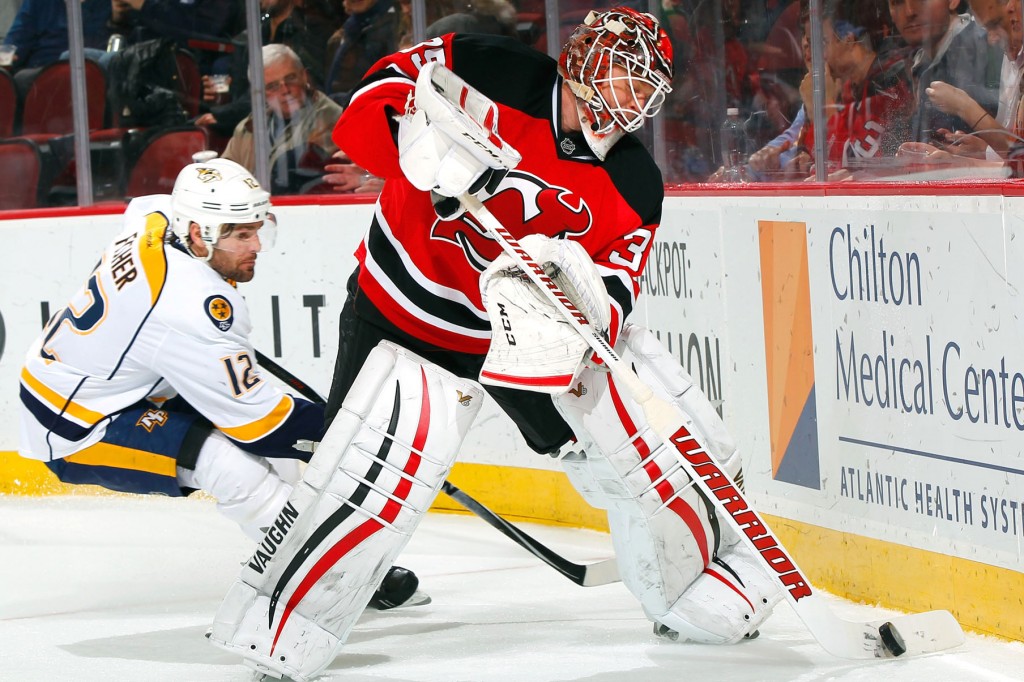 The biggest thing you can say about the Devils going into the season is that it’s a new chapter in Newark. Longtime GM Lou Lamoriello realized that the ship was beginning to sink and left for a team with a brighter future in Toronto just 2 months after it was announced that he would stay on as team president when he handed Ray Shero the GM reins.

Shero and new head coach John Hynes will have the opportunity to build with some pieces. This squad is mostly young with a few veterans sprinkled in. Sounds like the team Hynes coached in Wilkes-Barre/Scranton of the AHL.

The bright spots the Devils have is on defense. They have five of their top six defensemen under the age of 24. Eric Gelinas, Adam Larsson, Jon Merrill and Damon Severson used last season to get more experience on the blue line. The addition of 24-year-old John Moore can only put them in the right position to become one of the best defensive units for years to come.

Another place that has stability is in goal. The Devils weren’t very good on the scoreboard last season but Cory Schneider could have made things worse if it weren’t for his play in net. Schneider got the bulk of starts last season and that doesn’t appear to change anytime soon.

The Devils allowed 209 goals during the regular season, three more than Eastern champion Tampa Bay. The question is who is going to put the puck in the net? Their offense was borderline abysmal last season, as their 176 goals ranked them 28th in scoring.

The Devils haven’t had a 30-goal scorer since 2012 and two of their top scorers (Scott Gomez and Steve Bernier) are gone. They added Kyle Palmieri to the offense but that isn’t enough to boost the scoring. They tried to fix this issue in the draft but they are in a predicament with Pavel Zacha. Zacha, 18, was the No. 6 overall pick in the 2015 Entry Draft and can either play in the OHL or NHL. Do they let him develop more in Sarnia or are they so starved for scoring they are willing to throw him to the wolves early and let him apply his trade in the NHL. They still have older vets Patrick Elias and Mike Cammalleri on the roster, but outside of them it’s obvious the team is looking for the future as they try to get younger.

As for a final outlook, I don’t expect New Jersey to contend for a playoff spot. They missed the playoffs by 20 points last season and asking a first year GM and coach to make that kind of leap is daunting. Hynes promised they would be more of an attacking team, which is good for their fans to watch. Devils fans should be patient with the team, as this type of an overhaul will take time.