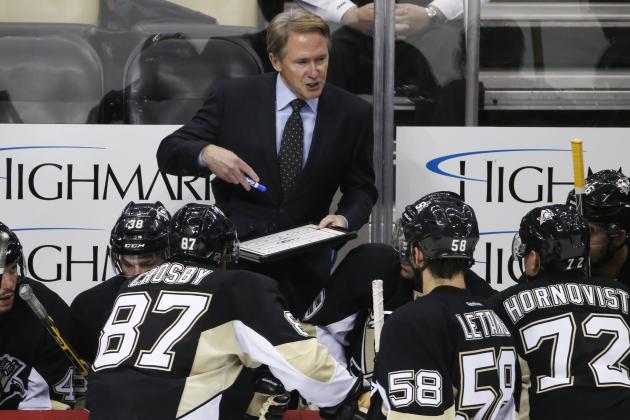 With the Detroit Red Wings granting permission to other teams to speak with head coach Mike Babcock earlier this week, it appears as if Babcock is poised to become this summer’s biggest free agent—and plenty of suitors are in the running to go after Babcock, including Edmonton, Toronto, Philadelphia, San Jose and more. One team will not be pursuing Babcoock, however, and that is the Pittsburgh Penguins.

“We have our coaching staff in place,” Penguins General Manager Jim Rutherford told the Tribune-Review. “We will not be pursuing him.”

It was thought that the idea of coaching superstars like Sidney Crosby and Evgeni Malkin might entice Babcock to Pittsburgh—if the team was interested in his services. Babcock had previously coached Crosby in consecutive gold-medal Winter Olympics victores with Team Canada in 2010 and 2014.

“We are committed to our present coaching staff,” Rutherford said.

That present staff includes head coach Mike Johnston, who’s first season behind the bench with the Penguins ended in a Game 5 loss to the New York Rangers in the first round of the Stanley Cup Playoffs. The team finished the regular season with a 43-27-12 record—good enough for 98 points and the eighth spot in the Eastern Conference.

This offseason could be a critical one for Pittsburgh, which has several key players set to become free agents this summer—including top defenseman Paul Martin and Christian Ehrhoff, and forward Steve Downie.