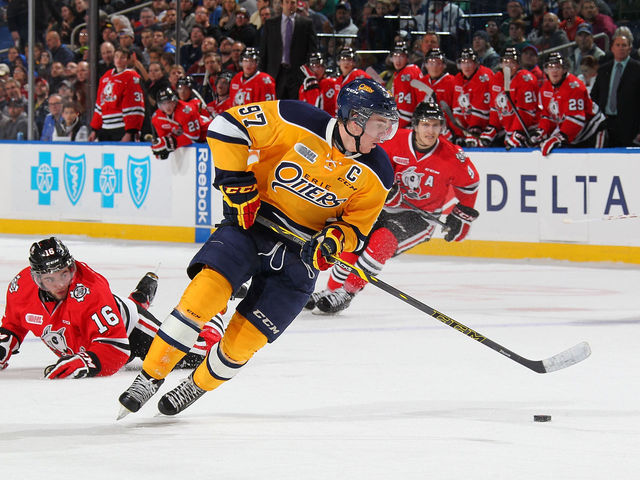 Despite having just an 11.5 percent chance of winning, the Edmonton Oilers emerged victorious at tonight’s NHL Draft Lottery, giving the team the opportunity to make the first overall selection during June’s NHL Entry Draft.

This will be the fourth time in the past six years that Edmonton will select first overall.

“I can’t tell you how exciting for us to win this lottery,” Oilers general manager Craig MacTavish said. “Any team would have been over the moon about winning the lottery. We’re the same. It’s a game-changer.”

It’s highly likely that the Oilers will take Erie Otters forward Connor McDavid with their selection, a player who is widely considered to be the best draft prospect since Sidney Crosby was selected first overall by the Penguins in 2005.

“Whether or not it’s the Oilers that are selecting me — I mean, anything can happen on draft day, you never know — that’s an unbelievable organization and it’ll be a true honor to be able to go there,” McDavid said in Toronto after the results were revealed.

With Edmonton’s Draft Lottery win, the Buffalo Sabres—who had a 20 percent chance of winning the first overall selection—will get the second pick. The Arizona Coyotes will select third.

Here is the selection order for the first 14 picks of the 2015 NHL Entry Draft: