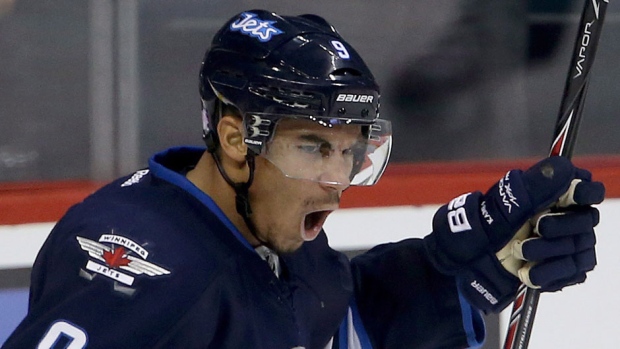 The Buffalo Sabres were active today, pulling off the first big blockbuster trade of the 2015 trade deadline season by acquiring Evander Kane from the Winnipeg Jets in a seven-player swap.

“This was not a knee-jerk reaction,” said Jets general manager Kevin Cheveldayoff. “I’m excited what this trade brings to our organization. I feel good with the ‘now,’ but I’m really excited about the prospects of the future in this whole deal.”

Despite announcing season-ending shoulder surgery recently, the Jets reportedly received plenty of inquiries about Kane, who has been the subject of heavy trade speculation recently.

“You watch him play on the ice. He plays hard. He plays in traffic,” said Sabres general manager Tim Murray of Kane. “He doesn’t play a perimeter game. He plays a heavy game. He scores goals around the net. He plays the game right.

The Sabres are currently last in the league with a 16-36-3 record and 35 points on the season. It’s been widely seculated for some time that the organization would unload many of their assets in an attempt to rebuild in the coming years, and a last place finish will also improve the team’s chances of landing Connor McDavid—the player largely assumed to go number one overall—at this year’s NHL Entry Draft.

The Jets are holding onto a Wild Card playoff spot in the Western Conference with 66 points, and the additions of Myers and Stafford will pay immediate dividends as the team looks to not only maintain playoff contention, but improve their roster for what they hope will be a deep postseason run.

In addition to their seven-player mega swap with the Jets, the Buffalo Sabres also shipped backup netminder Jhonas Enroth to the Dallas Stars in exchange for goaltender Anders Lindback and a conditional third-round pick in the 2016 NHL Draft.

The Stars are currently three points our of a Wild Card playoff spot.

“Jhonas is an extremely instinctive, experienced goaltender and head coach Lindy Ruff has a familiarity with his game,” Dallas general manager Jim Nill said in a statement. “Going down the stretch, where we have five more back-to-back situations, it was important for us to have a game-tested goaltender to help balance the workload.”