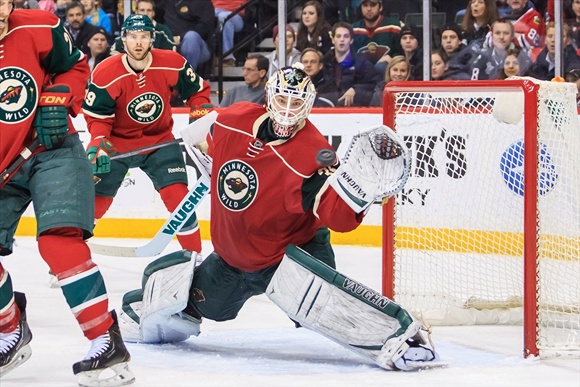 A little more than a month into the 2014-15 NHL season, teams are quickly approaching the coveted 20-game mark that typically begins to separate playoff contenders from pretenders. As coaches and GMs across the league continue to assess their teams and look for ways to improve, here are the five biggest surprises so far this season.

The Anaheim Ducks have basically picked up exactly where they left off at the end of the regular season last year, amassing 116 points—one less than the league-leading Boston Bruins. The Ducks shave started their 2014-15 campaign with a strong 10-3-2 record, including a 6-2 road record. Corey Perry is tied for the league lead with 11 goals, and he and Ryan Getzlaf share the team lead with 15 points apiece. Ryan Kesler has also proven to be a valuable addition, notching 10 points so far this season. The Ducks are quickly establishing themselves as a formidable force this season.

It would be easy to say that Nash hasn’t gotten a fair shake during his time with the Rangers. He performed well during the lockout-shortened 2012-13 season, the team failed to make a significant impact in the post-season and Nash himself underwhelmed with five points in 12 games. Last season, Nash missed time with a concussion and never quite seemed like himself. This season, however, Nash is on pace to post career-high numbers. His 11 goals are tied for best in the league, and his 14 points leads the team. The Rangers have struggled out of the gate this season, but Nash appears poised for a career year.

Through 13 games, the Penguins are averaging more than four goals per game—well above the 2.95 goals per game average they posted last season. When James Neal was traded, many thought it would significantly impact the team’s scoring. But so far the trade seems to be working out well for the Penguins. Patrick Hornqvist, who came over from Nashville for Neal, has 18 points, including nine goals on 57 shots. Crosby, who posted five assists during yesterday’s contest against the Buffalo Sabres, leads the team—and the league—with 24 points. Malkin, Kunitz and Letang are all performing well, with 17, 16 and 12 points respectively.

There was plenty of speculation around what the Wild would do in net for the 2014-15 season, with speculation they may re-sign trade-deadline acquisition Ilya Bryzgalov, or look to veterans like Tomas Vokoun, Tim Thomas or even Martin Brodeur for help. For a team that used five goalies last season, Darcy Kuemper has been a heck of a surprise. At 24 years old, Kuemper has been stellar for the Wild, posting three shutouts in 10 starts. His 1.99 goals against average is among the best in the league.

For the past few seasons, Ontario Hockey League phenom Connor McDavd has long been seen as the number one overall prospect for the 2015 NHL Entry Draft, and early speculation is already emerging on who will get the chance to make that speculation a reality. The Buffalo Sabres are making an early and strong case to get the best odds of drafting McDavid. The team has just three wins and eight points—worst in the league—through 16 games. However, Columbus, Edmonton and Carolina are all in the conversation as well. But we can all admit that giving the Edmonton Oilers yet another number one draft pick would simply be a waste. Let’s hope Buffalo keeps up their losing ways.