The Chicago Blackhawks have largely been one of the most successfully NHL franchises over the past several years, and the team looks poised for another strong run in 2014-15.

The team’s core will again begin with captain Jonathan Toews and right wing Patrick Kane—each of whom signed matching eight-year $84 million contract extensions this summer, cementing their statuses as the foundation of this team for the foreseeable future. 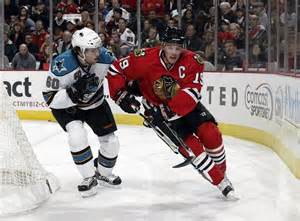 Chicago’s dynamic duo will again be supported by Patrick Sharp, who averaged more than 30 goals a season, and Marian Hossa, who has dealt with some minor injury issues over the past few seasons but largely remains capable of contributing 30 goals and 70 points a season. With all of these elements combined, the Blackhawks remain one of the most offensively potent teams in the league.

After being bought out by the New York Rangers, veteran center Brad Richards agreed to a one-year, $2 million deal with the Blackhawks. This is a great deal for the team, adding a veteran center with a wealth of experience. Even as his offensive numbers decline, Richards still posted 20 goals and 51 points with New York last season. The signing was definitely a low-risk move and should pay big dividends for the team—especially in the playoffs where depth will be a big factor.

Heading into the pre-season, the Blackhawks come in over the $69 million salary cap and will need to shed some salary prior to the start of the season. For all intents and purposes, it looks like that shedding will come on defense.

The team will basically ice the same defense that took them to the Western Conference Finals last season. Duncan Keith and Brent Seabrook, largely the team’s two best defenseman, are basically untouchable.

Second pairing defenseman Niklas Hjalmarsson, while not as offensive-minded as the aforementioned players, is defensively proficient and often matches up against the top players on other teams. Moving his $4.1 salary would certainly free up cap space, but also leave a void defensively for the Blackhawks.

The more likely candidates are Johnny Oduya, a dependable and smart defenseman, and Nick Leddy. Both are scheduled to become free agents at the end of the season (Leddy an RFA), and moving either could make the Blackhawks cap compliant.

Regardless of which pieces move, the ‘Hawks will retain their core group of defenseman to support their stellar cast of offensive talent.

There’s no doubt that Corey Crawford enters the season as the number one guy for the Blackhawks. Having led the team to a Stanley Cup championship in 2013, he once again had strong numbers last season, sporting a 2.26 goals against average and .917 save percentage during the regular season. While his playoff numbers weren’t quite where they were the year before during the team’s Stanley Cup run, and were even worse than his regular season stats, Crawford played well enough to help the team advance to the Western Conference Finals where they lost in overtime to the LA Kings. The team will certainly look for Crawford to rebound and be the reliable, dependable backstop they know he’s capable of performing as.

While there were some talks that the team might potentially pursue Martin Brodeur as a backup, with their salary cap woes that was largely an impossible ambition. Instead, Antti Raanta will serve as Crawford’s backup this season. Raanta had subpar numbers in 25 games for the Blackhawks last season—his first in the NHL—sporting a 2.71 goals against average and .897 save percentage. The team will certainly hope for more this year as Raanta continues to acclimate himself to the NHL style of play.

While the Blackhawks ultimately didn’t repeat as Stanley Cup champions last season, there’s no reason to count them out this year. Fatigue could become a factor after several years of deep playoff runs, but with a largely young team this is unexpected. Count on the Blackhawks to finish high in the West and again compete for a run at the Stanley Cup.