Update: The CCM Ribcor 40k stick is now available from Inline and Ice Warehouse. Click here to buy yours today!

It appears as though months and months of speculation and rumors are now coming true. The next big stick from Reebok will actually be the CCM Ribcor 40k stick. It also looks like the NHL has done a fine job of leaking it on their Instagram account.

Since last spring, it was assumed that the new Ribcor model would be the Reebok Ribcor Shadow stick. However, it seems that the folks over at CCM/Reebok have decided against the Shadow name, and actually made the Ribcor a CCM product instead.

This is a big move for Reebok, who has rebranded recently and moved primarily into the fitness as a sport space. The future of their products appears to lie under the CCM brand, joining the RBZ and Tacks lines.

As far as the CCM Ribcor 40k stick goes, the color scheme and look does not stray far from the original Ribcor. We see a mostly black look with gray mixed in and of course the Reebok green mixed in as well. Interestingly enough, there is still Reebok branding on the stick with a couple of “Powered by Reebok” logos floating around. This is similar to the “Powered by Taylor Made” seen on the RBZ sticks. The biggest change, of course, are the CCM logos.

I’m sure you’re wondering when you can get your hands on the brand new CCM Ribcor 40k stick. Well, all signs point to the CCM Ribcor 40k being released in the fall, likely hitting retail store shelves around the end of October.

If you’re like us and can’t wait until then, check out the great photos below of the CCM Ribcor 40k stick and drop us a note in the comments with your thoughts! 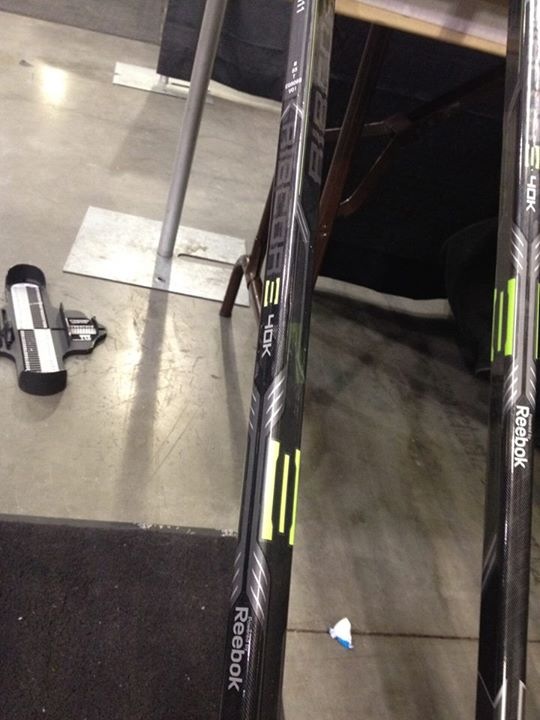