Is the NHL Making Expansion Plans? 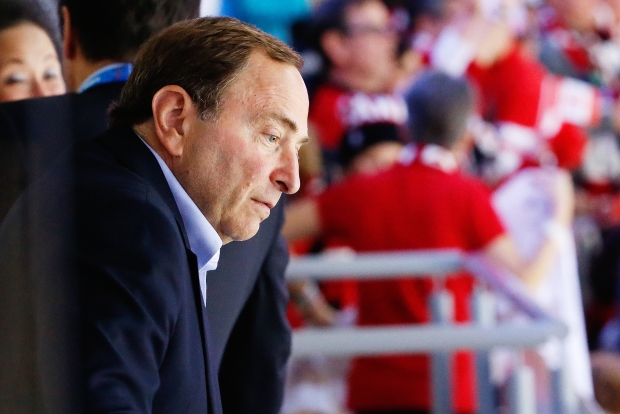 Although the NHL insists that plans for expansion are not imminent, rumors have been circulating about four new teams being added within the next few years. Cities among the top candidates for expansion are Las Vegas, Seattle, Toronto, and Quebec City, with a Las Vegas team rumored to be a “done deal.”

When asked about expansion, NHL deputy commissioner Bill Daly stated that “It’s not in our plans,” and “There is absolutely nothing new on that.” But the NHL is known for giving scripted non-committal replies to touchy subjects.

Hockey fans in Seattle have been intent on getting team for years, but adding a team in Seattle may prove to be difficult. Seattle currently has no arena large enough to support an NHL team. NHL commissioner, Gary Bettman, visited Seattle in May to look into a proposed building plan for an arena; however, city approval for an arena in Seattle has been granted a party that would prefer to regain an NBA team in the area rather than a professional hockey team.

According to Tony Gallagher of The Province, an NHL team in Las Vegas is a “done deal.” But with Gallagher’s vague wording and claims, a Las Vegas team still seems to be a bit of a stretch, at this point. Gallagher writes that “the only thing to be determined being which owner will be entitled to proclaim that he brought the first major league sports franchise to Sin City,” basically stating that no ownership has been agreed upon and no expansion fees have been set, making a team in Sin City far from a done deal. But Las Vegas does make an appealing case for their own NHL team. MGM and AEG are in the process of building a multi-million dollar arena and with two spots open in the Western Conference, Las Vegas seems like a prime location for expansion.

Quebec City would have the realistically have the least trouble getting an NHL team; the city will have an NHL arena ready within the next year, along with plenty of financial support from eager owners ready to step-up to the challenge of an expansion team.

Lastly, there are the rumors of a second team being added to Toronto. There’s no doubt that Toronto could financially support a team, but would the new team be able to crack into the hold that the Maple Leafs have over the market?

Rumor has it that the league will expand by at least two teams by 2017, the NHL’s 100th anniversary year. And with sky high attendance and ratings, and the league pulling in record revenue, the time couldn’t be more ideal. The NHL would be increasing their revenue through expansion, rather than by losing money as they would if they were to relocate the Florida Panthers or the Arizona Coyotes, leaving any rumors of relocation of the equation at this point.

One concerning aspect of league expansion is the talent pool in the NHL. Expanding to 34 teams would open up approximately 100 roster spots, which the international talent pool may not be able to support. The NHL already features some pretty weak fourth lines, and adding any more teams may put too much of a strain on talent pools, which could ultimately affect the caliber of players not only going into the NHL, but also other leagues situated in North America.

The NHL has neither directly confirmed nor denied plans for expansion, but with the current success the NHL is experiencing, it seems like further growth in terms of teams, will be the only option sooner or later.