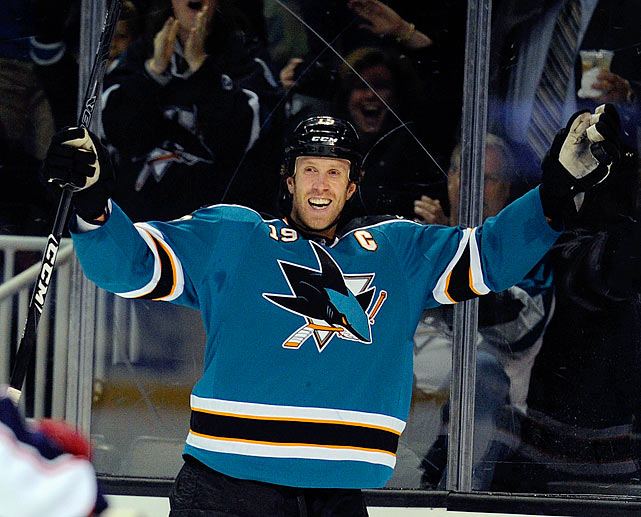 After the San Jose Sharks let a 3-0 series lead against the eventual Stanley Cup Champion LA Kings slip away in the opening round of the playoffs, it was largely seen as a signal for change for the Sharks, who have remained perennial contenders yet have failed to win the ultimate prize.

Soon after their first round loss, Sharks General Manager Doug Wilson vowed that changes are coming in the near future.

“To our organization and to our fans, this is not a nick or a scratch,” Wilson said. “This is an open wound. When the emotions are raw, the emotions should run deep and resonate and live for a long time. We have already started the process of what decisions we’re going to make. There are options. Status quo is not one of them.”

Those changes have been far and few between up to this point. Wilson, along with head coach Todd McClellan and his assistants, have all retained their respective positions.

Wilson has indicated that winger Martin Havlat, who has one year remaining on his contract, will not be back next season. However, the team has not taken steps to buy out Havlat, hoping instead to trade him. That will be an outlandish task for Wilson, as Havlat is seriously injury-prone and only managed 22 points in 48 games last season.

The only other move Wilson has made to date involves informing defenseman Dan Boyle that the team will not offer him a contract extension. The Sharks went as far as to trade Boyle’s rights to the Islanders prior to him becoming a free agent this summer.

With the draft and free agency coming up quickly, Wilson is on the clock to fulfill his statement. And if he intends to make sweeping changes to his roster, now is the time. And Wilson’s two biggest trade assets? Joe Thornton and Patrick Marleau.

Unfortunately, it appears as if both are staying put.

After Wilson’s comments, Both Marleau and Thornton have received varying degrees of attention as trade candidates. However, both players have some form of a no-trade clause attached to their new contracts, which will kick in next season.

Thornton’s name has been most prevalent in the media recently, with both Toronto and Detroit supposedly reaching out to Wilson to determine his trade status. So far, it seems that the Sharks have no desire to trade Thornton, who’s coming off a 76-point season, and Thornton has no desire to leave the Sharks.

Things have been a little quieter for Marleau, who tallied 33 goals and 70 points last season. You can bet teams have inquired as to his availability as well, but for the time being there is less chatter in the rumor mill regarding Marleau. He seems slightly more inclined to waive his no-trade clause for the right team, and there was chatter that the Bruins and Sharks were exploring a trade option that included both Marleau and Brad Marchant. Obviously nothing has happened yet, but the coming draft could spark some rash decisions on the part of GMs across the league – especially if other dominoes, like Spezza and Kesler, are dealt.

For the time being, it looks like Marleau and Thornton are destined to remain Sharks. That could change in a heartbeat if the right deal with the right team comes along, but both players are still producing quality stats and earning their keep. With that said, it will be interesting to see what else Wilson does during the offseason to improve his club. If deciding to get rid of Havlat and let Boyle walk to free agency is the extend of his maneuvering, you have to believe that Wilson himself will be the one in the hot seat next season if his team underachieves again – which is the going trend.