In less than two weeks, some of the greatest talent spanning across several generations of Detroit Red Wings and Toronto Maple Leafs players will meet in the Winter Classic alumni showdown games at Comerica Park. We’ve seen alumni games previously at the Winter Classic or Heritage Classic, but they all fall short of the demand from both Original Six clubs had from their former players, which is why two games will be played. 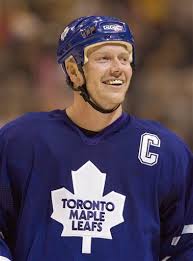 Toronto has already announced their rosters for each game, while Detroit has yet to finalize theirs but GM Ken Holland said to the media that players who are Hall of Famers, multiple Stanley Cup or major award winners will have priority for the second game. One legendary Toronto player who has been out of the league for a few years will not be able to participate due to a bad knee that hasn’t healed.

Mats Sundin, who played for Toronto from 1994-2008 has had a knee issue for quite some time and now he finally decided to have surgery on it. “I have had problems with my right knee for a while and I’m having surgery,” Sundin said to Rosie Dimanno of the Toronto Star. “I have not been able to skate this last year and I can’t skate with my knee like this. I’m very disappointed not being able to play in the great alumni outdoor game and represent the Maple Leafs again.”

The team’s all-time leading point scorer with 987 regular-season points, Sundin played his last season in 2008-09 with Vancouver. The last time he publicly skated was November, 2012 when he played in the Hall of Fame Legends Game.

Below are the rosters of each team as of today.