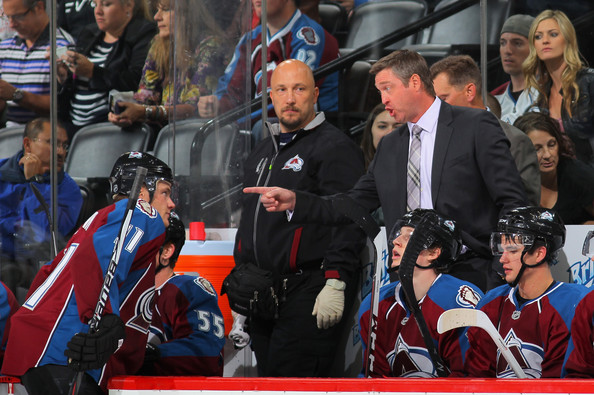 Patrick Roy may have started his tenure as Colorado Avalanche head coach with a $10,000 fine for his outburst last week on Bruce Boudreau, but one thing is certain: he’s making the league take notice.

Colorado moved to 4-0 this season with a 3-0 Tuesday night victory at Boston. Ryan O’Reilly scored a power-play goal in the final minute of the first and Matt Duchene’s empty-net goal sealed the win for Colorado.

Tuesday was also the first start for backup goalie J.S. Giguere, who turned away all 29 shots for his 37th shutout of his career and first since March 15, 2012, against the New Jersey Devils. The Avalanche, who have never been 4-0-0 since moving to Denver, are off to the franchise’s best start since the Quebec Nordiques were 5-0-0 in 1994-95.

The Avalanche have been one of the surprising teams in the first week of the new season. They have been led by their usual suspect offense weapons in PA Parenteau and Matt Duchene each with four points. The susprising player so far has been 2013 first overall draft pick Nathan McKinnon. He has yet to light the lamp, but he’s contributed with four assists. His first assist came on a beautiful pass from behind the net during their 6-1 rout of Anaheim on the opening night of the season.

In goal, Semyon Varlamov saw action in the first three games. He’s allowed three goals and carries a .967 save percentage.

This isn’t Roy’s first rodeo behind the bench. Shortly after he retired he took over as head coach of the Quebec Ramparts before the 2005-06 season began. He was able to lead them to a runner-up finish in the QMJHL and won the Memorial Cup that season (Moncton won the QMJHL but automatically qualified for the Memorial Cup as host). Roy is also the Av’s Vice President of Hockey Operations and will have final say in all hockey matters. He’s currently the only NHL coach with such power.

It’s still early on to say if they will keep this pace up, but it will be interesting to return in a couple months and see if Colorado is still among the leaders of the Western conference.

They next take the ice Saturday night when they travel to Washington.