After acquiring veteran defenseman Sergei Gonchar last week, the Dallas Stars have officially inked the 39-year-old to a two-year contract worth $10 million. 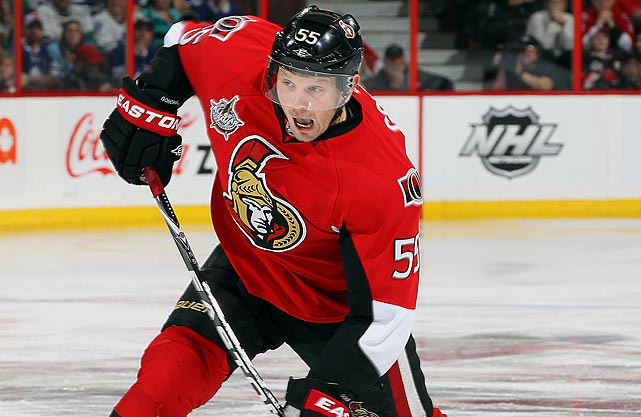 The Stars secured the rights to Gonchar, who was scheduled to become an unrestricted free agent, last Friday from the Ottawa Senators in exchange for a sixth round draft pick that was conditional on Gonchar agreeing to a contract with the Stars.

“Sergei is a high-end offensive defenceman who can quarterback a power play and help generate offence from the blue line,” Stars general manager Jim Nill said in a statement. “Sergei has had an impressive NHL career and has been a big contributor to Ottawa’s offence over the last three seasons. We are excited to see him continue his career here in Dallas the next two years.”

The investment of $5 million per season for a 39-year-old player might seem like a risky one, but Gonchar proved he had some life left in his game this season with the Senators after tallying three goals and 24 assists in 45 games. Over the course of his career, Gonchar has played in 1,177 games, producing 217 goals and notching 558 assists.

Gonchar should help boost the team’s offense from the blue line, and will be a big help on the power play. Dallas finished 18th in the league last season with a 17 percent conversion rate on their power play. The team finished 11th in the league in average goals scored per game, but allowed 2.94 goals against per game on average­–good enough for 24th in the league.

With Gonchar on board, the Stars have 19 players locked up for next season with approximately $13.8 million in cap space still available.