After their season ended abruptly at the hands of the Chicago Blackhawks in a Game 7 overtime thriller, the Detroit Red Wings now shift their focus to free agency and the potential trade market to add key components to build on this season’s success next year.

And unrestricted free agent Valtteri Filppula may not be part of those plans. 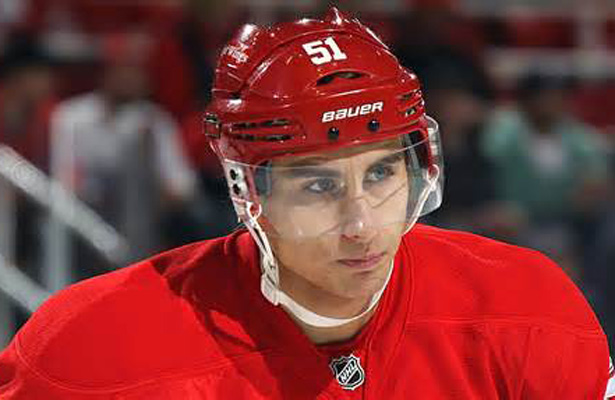 Filppula, the talented 29-year-old center from Finland, could attract a lot of free agent attention should the Red Wings allow him to make it to the open market. And things are trending that way unless Filppula comes off the $5 million per season asking price he was seeking earlier this year.

He enjoyed a breakout season in 2011-12 with 23 goals and 43 assists, but regressed this season, tallying just nine goals and eight assists in 41 regular season games. He finished fifth on the team in scoring during the playoffs with six points in 14 games.

Talented at both ends of the ice, the Red Wings would certainly love to keep Filppula in the fold as their second-line center. But as a consistent 30 to 40 point scorer, $5 million is way out of the league from what the team would be willing to pay him—especially considering that he made $3 million per season under the terms of his expiring contract.

But with a rather shallow free agent pool, Filppula could get the money he seeks elsewhere. Teams like San Jose, Montreal, New Jersey and Florida are all rumored to be interested in Filppula this summer. Having Filppula in a Sharks uniform would certainly give San Jose a plethora of depth at center behind Joe Thornton and Joe Pavelski. It would also be interesting to see if the Toronto Maple Leafs would make a play for Filppula, whose offensive production would be a slight step up from that of Tyler Bozak. But Bozak would likely be cheaper to keep in the fold in Toronto.

The New York Islanders could also prove to be a potential suitor for Filppula. While Frans Neilsen did an admirable job in the role, Filppula would give the team a solid second line center to help expand their offensive depth. Right now the team has roughly $36 million tied up in 15 players, so there could be some room to squeeze in Filppula.

The only thing possibly working against Filppula is the fact that there could potentially be some high-end free agents available this summer through amnesty buyouts. But it’s still unclear who could become available through the buyouts. Regardless, unless his asking price comes down, it’s highly unlikely that Filppula will be back with the Wings next season. And he could be a hot commodity for teams looking to add depth in the offseason.