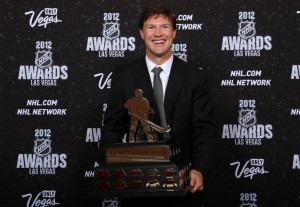 Shane Doan, Captain of the Phoenix Coyotes, is rumored to test free agency.

Doan, drafted by the Winnipeg Jets has played for the team, through the name changes, for all of his 16 seasons. Since becoming acclimated to the NHL’s pace, he has produced 50 plus points a year. To be exact, in his 1,198 NHL games played, he has 318 goals and 470 assists for a total of 788 points. A tough, hard nosed two-way player, will he be a player worth looking at, or is his 35 years of age a hindrance.

Coyotes General Manager Don Maloney however, still feels optimistic that the team and Doan can come to an agreement. The team, finally having a new owner in Greg Jamison, former CEO of the San Jose Sharks, will not become owner until July 1st. For Maloney and the Coyotes, this means they are unable to sign anyone until that point, the point of which free agency starts. Still, that does not mean Maloney is not talking with players, that of which I am certain he is doing.

Doan is getting older with not too many more seasons left. Each year he is a fierce competitive, a thorn in every teams side. Unfortunately, Doan has still yet to win a Stanley Cup. Expect him to go only to a Cup contender, like the Los Angeles Kings, Detroit Red Wings, St. Louis Blues, New York Rangers, Philadelphia Flyers or the Pittsburgh Penguins. If those teams do decide Doan is a right fit for them, his current rate of $4.55 million a year will most likely drop to $3.5 to $4.0 million, a bargain deal for a player wanting a Cup. But, if Maloney and the Coyotes can sign a few players in the free agency to gain some depth and skill, it is still quite possible Doan will stick with the Coyotes who have made the playoffs three years in a row now.

Does Doan sign with the Coyotes? If not, where do you think he will end up next year?