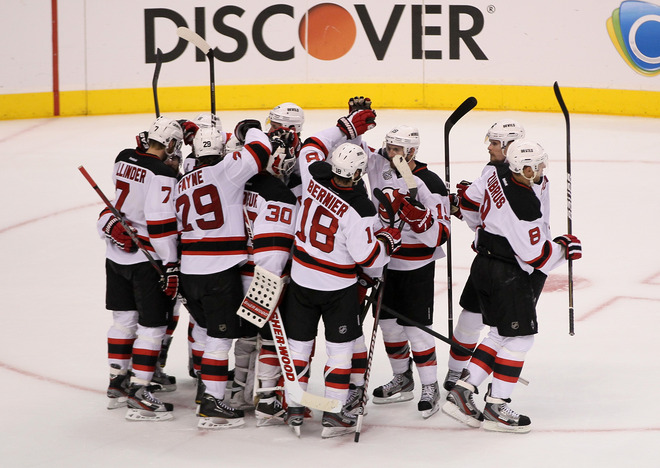 Still down to two remaining teams and a game 5 is tomorrow night in New Jersey at 8 PM EST. The Los Angeles Kings have yet to lose a road game this entire playoffs. Still, the New Jersey Devils have given the Kings their third loss of the playoffs, could they give them their first road loss? It is quite possible, especially if you are buying into the Devils’ way of thinking. They have played four tough games but did not get many bounces in the first three. Basically, the games could have gone either way. Game 4 finally paid off for all of their hard work and they hope it carries into the game 5. Goalie Martin Brodeur has played spectacular and with mixing of the lines by Head Coach Peter DeBoer, as a fan, you hope for a game 7.