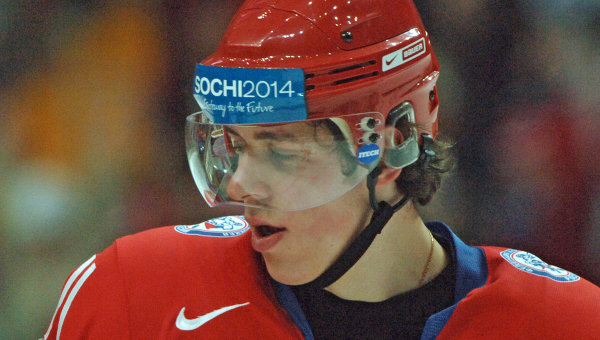 Round robin play wrapped up yesterday at the 2012 IIHF World Championships in Finland & Sweden. As the teams wrapped up their seventh games, the playoff picture became more and more clear.

In the Group S, Russia dominated the field. They went undefeated in seven games played while only allowing eight goals against, the fewest of round robin play. Their great finish gives them a number one seed heading into the quarterfinals where they will match up against Norway. The thirteen points for Norway were enough to send them into the quarterfinals, with Latvia finishing behind them with only six points. Russia defeated Norway 4-2 during round robin play, and will look to duplicate that feat again on Thursday. The Russian squad will be lead by Evgeni Malkin, who is second in tournament scoring with seven goals and seven assists. Russia’s offense will be even more potent now, however, as Alex Semin and Alex Ovechkin have joined the team. Norway, on the other hand, features the tournaments leading scorer – Patrick Thoresen. He currently has six goals and ten assists in seven games.

In the other Group S quarterfinal matchup, Sweden will square off against the Czech Republic. Sweden finished round robin play with a 6-0-0-1 record, while Czech Republic earned the third seed with a 4-0-1-2 finish. The Swedish team features several Red Wings, two of whom have been on a tear at the World Championships. Henrik Zetterberg is currently third in tournament scoring with two goals and eleven assists. Teammate Johan Franzen, who broke his nose at the tournament, has four goals and four assists in only six games. Even Niklas Kronwall is contributing with heavy hits. In their previous matchup, Sweden skated away with a 4-1 victory.

In Group H, Canada came away with the first seed. Their only loss came in overtime against the U.S. squad. In the quarterfinals, they’ll be matched up against Slovakia. Their five wins and two losses were good enough for fifteen points in round robin play, and their thirteen goals against were the lowest amongst Group H teams. Canada defeated Slovakia 3-2 in their opening game of this years tournament. Both teams have changed since then and grown more comfortable, so expect this rematch to be completely different.

Rounding out the quarterfinals, the United States take on Finland in a battle of the second vs. third seed. The U.S. came to the tournament with a very strong team, backed by Red Wings goaltender Jimmy Howard, and have proven they belong with the top teams in the world. First they defeated Canada, then put a beating on the defending champions from Finland with a 5-0 final. Max Pacioretty leads the Americans with two goals and ten assists for twelve points in the tournament.

The quarterfinal matchups will all take place on Thursday, May 17th. Remember, all games from the 2012 IIHF World Championships are streaming live on YouTube. Just head to the ice hockey channel at YouTube.com/icehockey.