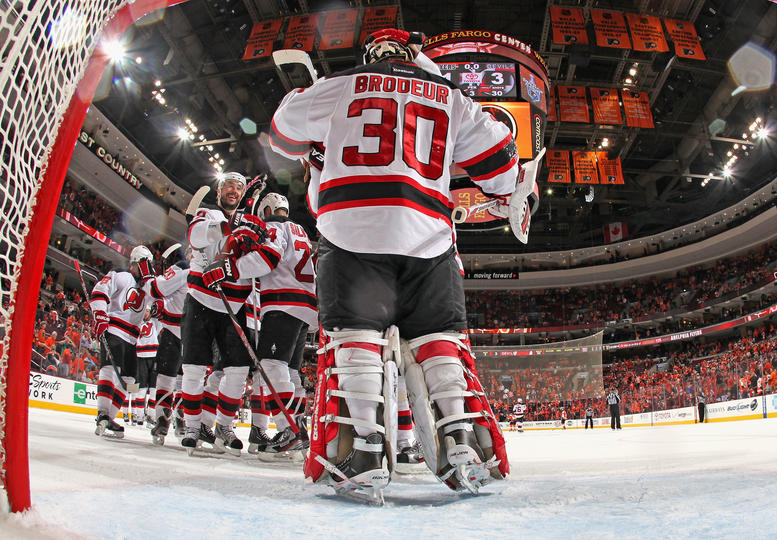 One game last night and one team has advanced to the Eastern Conference Finals. The New Jersey Devils squared off against the Philadelphia Flyers and beat them in their own house. Losing Claude Giroux to a suspension definitely hurt the team, but the blame has to fall on goalie Ilya Bryzgalov. In a do-or-die game, Bryzgalov tried to clear the puck that in the process, hit a charging Devils’ forward and bounced in the net. It was a poor play, but not as poor as his stats for the series. Bryzgalov allowed 16 goals in five games with a barely over .900 save percentage (.902%). That is the stats for one series, the combined stats for the playoffs are even worse.

The Devils on the other hand played a solid series, getting help from everyone on the team, especially veteran goalie Martin Brodeur. Brodeur turned 40 during this series, and is not showing signs of slowing down. It still could be his final year, so why not go out with a bang?

The Devils opponent has yet to be decided as the New York Rangers visit the Capital to play the Washington Capitals in game 6 at 7:30 PM EST. The series could very well go seven games, at least that is what non-Rangers’ fans would like.