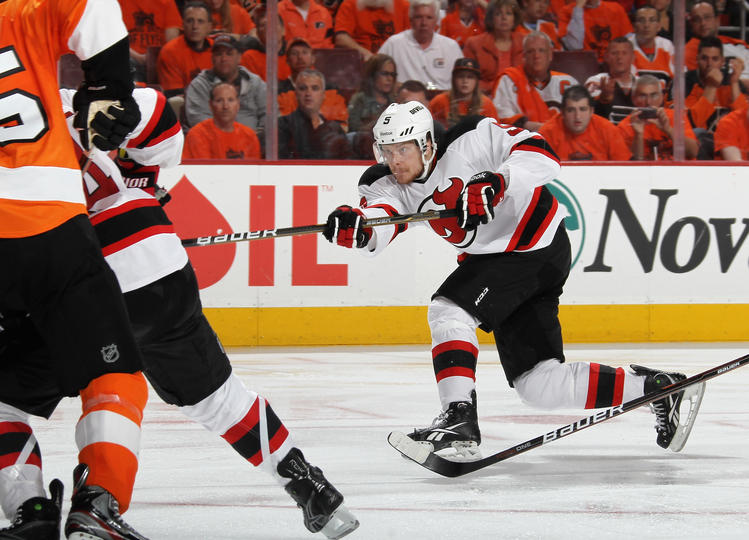 Going into the third with a one goal lead you might think your chances of winning are better than average. That is of course never the case, especially in a crazy NHL playoffs. The Philadelphia Flyers were up 1 – 0 entering the third and was quickly introduced to the New Jersey Devil’s onslaught.

Rookie defensman Adam Larsson who played 65 games in the regular season, played his first NHL career playoff game. Just over 3 minutes into the final period, Larsson made it a memorable game by putting a wrist shot goal past Ilya Bryzgalov. The Devils continued to rally as they ended up scoring 3 more goals to win game two with a 4 – 1 finish.

The series is tied at one a piece, now heading to New Jersey for games 3 & 4.