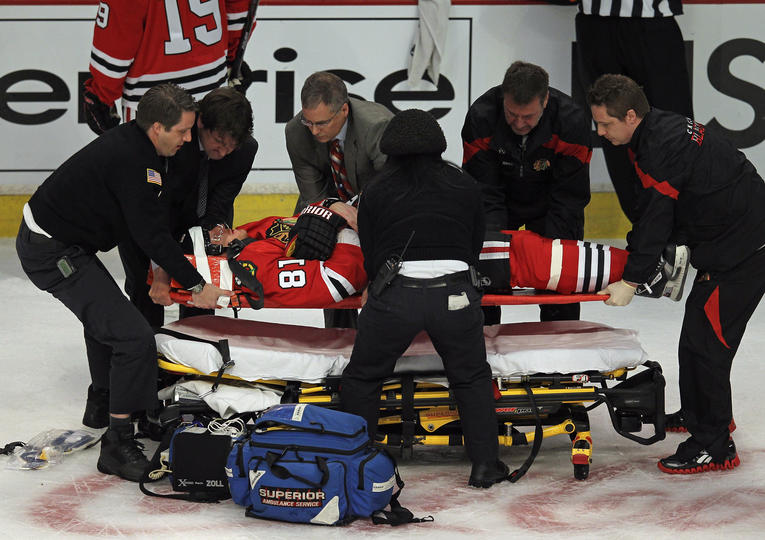 Things keep getting uglier as last night, Raffi Torres of the Phoenix Coyotes, left his feet and targeted the head of Marian Hossa in a horrible display of judgment by Torres. The hit resulted in Hossa to be carted off on a stretcher. Hossa has left the hospital since, but no timetable for his return has been declared.

Expect league disciplinarian Brendan Shanahan to suspend Torres for the hit, most likely more than 5 games because of his repeat offender status. This week alone the league has issued 7 suspensions, that of which has totaled last year’s entire playoff suspension count. Well, those numbers will be beat with the addition of Torres. Hopefully the players can get back to solid hockey and refrain from any dangerous or unneeded antics.

Furthering the salt-in-the-wound of the Blackhawks, the Coyotes edged out a victory in overtime to take the series lead 2-1.