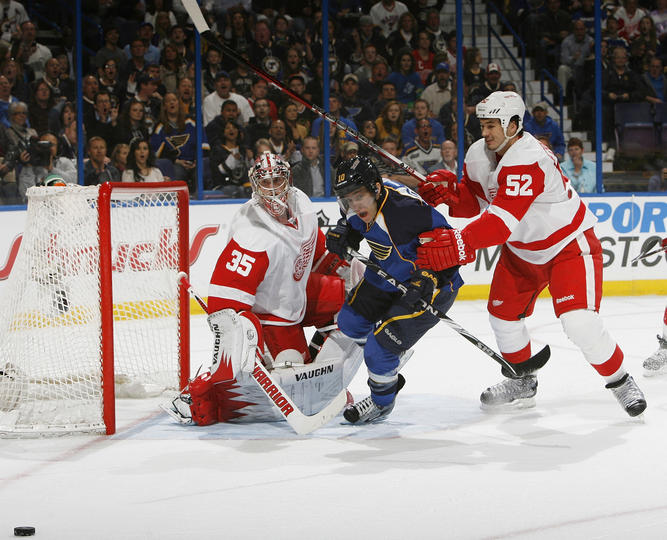 Only two games were played last night and only 1 of real importance. The visiting Detroit Red Wings played the St. Louis Blues to a 3-2 final decided by a shootout. The game had a playoff like atmosphere where both teams played strong defensive games throughout the entire game. No scoring through the first two periods led to an exciting third. David Perron of the Blues scored on a shorthanded goal after a questionable call by the refs. The Blues put another on the board going up 2-0 with just under 10 minutes to go. All hope seemed lost for the Wings as the momentum was in the favor of the home team. Johan Franzen of the Wings picked up his 27th & 28th goals to tie the game with 4 minutes to go. The game eventually took to a shootout where Todd Bertuzzi of the Wings had the lone goal for the win.

Both teams won in a sense as the Wings needed a win, a road win especially, after having an uncharacteristic level of play for the past month. The Blues, despite wanting the points to be the best team in the Western Conference, received a little motivation going into the playoffs by re-learning that winning in the regular season is one thing, winning in the playoffs will be another.