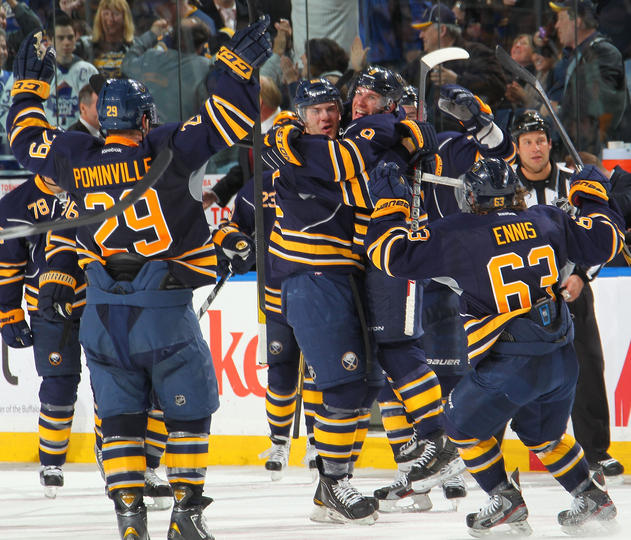 It was not pretty, but you have to give it up to the Buffalo Sabres. Fighting for a playoff spot between them and the Washington Capitals, the Sabres took to the ice against the Toronto Maple Leafs last night. Going down 3-0 in the first, 3-2 in the second and picking up 3 goals in the third to tie the game at 5 a piece to send into overtime, Derek Roy’s 17th goal of the game came 3:29 into the overtime for the win.

The Sabres are currently tied with the Washington Capitals for the 8th and final seed in the Eastern Conference. The Capitals have the tiebreaker in their favor if it comes to that. Both teams have 2 games left on the season; Capitals have the Florida Panthers of whom they are chasing for first place within the Southeast Division as well as the Eastern Conference leading New York Rangers. The Sabres will play against the Philadelphia Flyers and the Boston Bruins, both teams who have already clinched playoff spots.

Tough roads ahead for both, Washington a little easier road, who do you think will take 8th seed in the Eastern Conference?