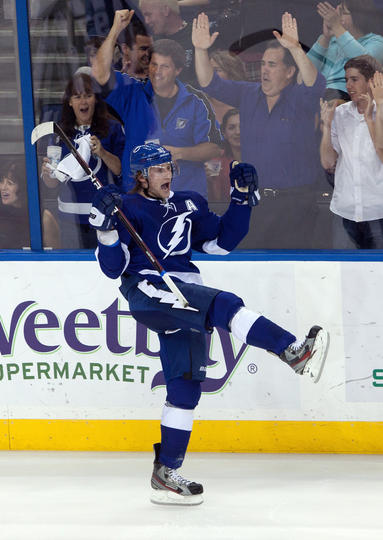 Steven Stamkos of the Tampa Bay Lightning lead the charge against the Boston Bruins in a 6-1 win. Stamkos, who had two goals on the night and a plus 2 rating, picked up his 49th and 50th goal. Stamkos is the first player to pick up 50 goals this year with a large jump between him and second leading goal scorer Evgeni Malkin of the Pittsburgh Penguins with 38 goals. Many reported earlier in the season of no player to hit the 50 goal mark but have been proven wrong with about a month left to play in the NHL regular season. Reports were wrong, but will another player hit 50 goals before the end of the season?