Columbus Blue Jackets forward Rick Nash may be warming up to the idea of being traded this season.

Publicly, Nash insists he wants to remain with Columbus, the team that drafted him first overall in the 2002 NHL Entry Draft. However, according to an article by John Shannon of Sportsnet.ca, those familiar with Nash and his situation claim that it may be a different story with Nash behind closed doors. 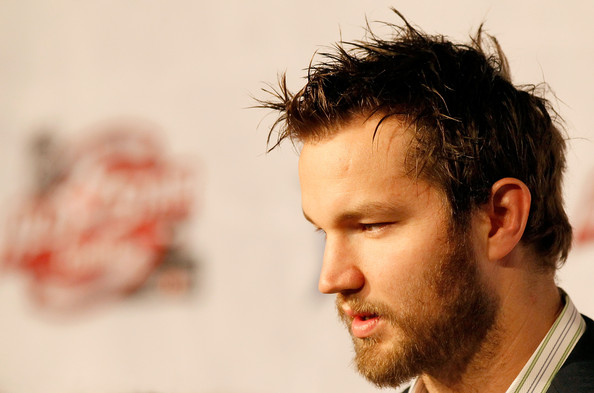 According to the article, Nash has admitted to friends his frustration with the direction the club is heading and doesn’t want to go through yet another rebuilding period with the Blue jackets.

“I have received a couple of calls from friends of Nash, who claim that Rick is very unhappy with the way the franchise is going and realizes it will take five more years to rebuild, again,” Shannon states in his article. “Nash is now telling people close to him that he would entertain being moved, but still will not be the one who asks for a trade.”

This rumor comes amid speculation that the Blue Jackets are also looking to move forward Jeff Carter at the trade deadline following a sub-par season after acquiring the skilled goal scorer from Philadelphia in a blockbuster trade last summer. Now, with Nash possibly on the trading block, it appears more and more likely that the Blue Jackets will completely blow up their roster to stock-pile picks and prospects at the trade deadline.

Unfortunately for Columbus, trading a player of Nash’s caliber may not be easy. Nash currently has the fifth highest cap hit of any player in the NHL at $7.8 million. Since his current contract takes him through 2018, any team that acquires Nash will need to have the cap space to accommodate his salary for years to come.

The New York Rangers and LA Kings have both reportedly already shown interest in trading for Nash, who would require a hefty return. It’s likely that Columbus would look to acquire a top young player, a prospect and a first-round draft pick in exchange for Nash. Brandon Dubinsky from the Rangers and Dustin Brown and Jack Johnson from the Kings are all names that come to mind that could find themselves involved in a Nash trade should it go down.

So far, Columbus Blue Jackets general manager Scott Howson has refused to comment on trade speculation, which, naturally, lends itself to even more speculation around the ‘net. With a little over two weeks left until the trade deadline, Rick Nash will certainly be one of the most watched and talked about players until a move is made or the trade deadline expires.