Don't Miss
Home / Rumors / Did Jeff Carter ask for a trade from the Columbus Blue Jackets?

Did Jeff Carter ask for a trade from the Columbus Blue Jackets?

The Columbus Blue Jackets are off to a horrendous start with a 4-13-2 record – good enough for last place in the Western Conference. This is certainly not what Columbus had in mind after spending a ton of money to lure defenseman James Wisniewski to Columbus and trading for center Jeff Carter. Well, now rumor mongers are suggesting that Columbus may be looking to flip an underachieving Carter or that Carter himself has asked for a trade out of Columbus. 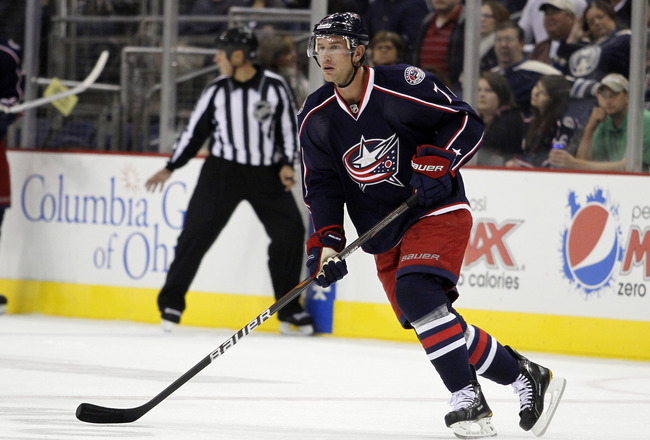 Carter himself has been a disappointment thus far with only one goal and three assists, but Carter has also missed half of the season with injuries making it difficult for him to establish himself with the team. Still, rumors are lingering that Carter isn’t happy playing in Columbus and has asked management for a trade, which harks back to over the summer when Carter was initially traded and rumors swirled after he failed to address the media that he was unhappy with the trade and didn’t want to play for Columbus.

Teams rumored to be interested include the Boston Bruins, who would love to have another goal scorer added to their lineup, the Montreal Canadiens and the LA Kings. Yes, the Kings may be in the running with Mike Richards rumored to be leading the charge to have LA trade for his friend and former teammate.

Blue Jackets general manager Scott Howson, Jeff Carter’s agent Rick Curran and Carter himself have all denied that he has requested a trade, but that certainly won’t stop speculation around the web that Carter wants out.

Carter did comment, however, that he is unhappy with his team’s performance thus far.

Personally, I have to call the bluff on this rumor. While the initial trade to send Carter out of Philadelphia caught everyone by surprise, it’s highly unlikely that Carter will be passed on by the Blue Jackets after only nine games. Injuries have hindered his ability to get comfortable on the ice with his teammates, thus causing his performance to suffer.

Besides, the Blue Jackets are more likely to fire their head coach, Scott Arniel, before they make any significant lineup changes. The team gave up a lot in order to acquire Carter. While he makes an easy scapegoat out of the gate because the team expects so much from him, it’s highly unlikely that they are willing to give up on Carter after so little time.