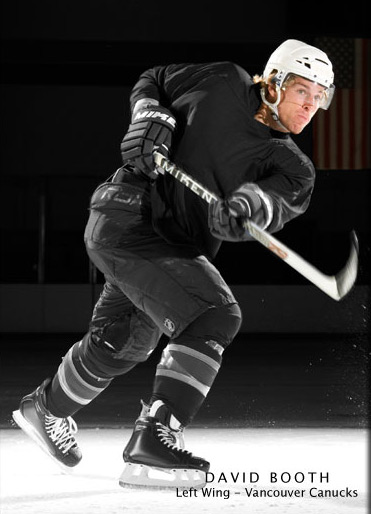 The former NHL® star and Hall of Famer will serve as an adviser on product development and will play an integral role in the development of the Miken brand in the hockey category.

“Brett embodies all that is hockey, and we are extremely excited to have him join us in this prominent role as advisor and ambassador of the Miken brand,” said Jim Hoscheit, General Manager of Miken. “As evidenced by his impressive accomplishments on the ice, Brett knows what it takes to score goals and Miken sticks are engineered to do just that.

“Combining Brett’s extensive hockey knowledge and experience with Miken’s engineering expertise will result in a powerful product lineup that will enhance player performance. Brett will contribute design ideas for Miken’s line of high performance composite hockey sticks as well as other protective gear, and his prominence and respect in the world of hockey will help elevate Miken’s exposure to players of all levels.”

“I am very proud to align myself with Miken – a brand known as an innovator and leader in the development of high performance sports equipment,” said Hull. “I admire Miken’s exceptional engineering capabilities and was drawn to  their passion for hockey and drive to be the best in all they do.

Earlier this year, Hull joined Miken in creating the Miken-Brett Hull Achievement Award – a scholarship program to benefit youth hockey which awards $10,000 to a deserving player who consistently excels both on and off the ice. The award was announced in conjunction with the 2011 Minnesota Regional and State Hockey Tournaments in March. The Miken-Brett Hull Achievement award is open to players on a national level, and the first scholarship will be awarded in Spring 2012.

Hull scored 741 regular season goals in his career, placing him third all-time for most career goals in the NHL. The son of NHL legend Bobby Hull, he is a two-time Stanley Cup winner and was inducted into the Hockey Hall of Fame in 2009. Hull is widely recognized to have had one of the hardest and most accurate shots in hockey history.

Miken’s deep heritage of innovation began over a decade ago when its world-class engineers revolutionized the sport of slowpitch softball with the introduction of the first high performance composite bat. Miken’s proprietary technologies have since been adapted to create high performance composite hockey sticks, a natural extension of the brand. Domestic manufacturing in Minnesota and the utilization of only premium aerospace-grade carbon fiber ensures consistent quality and unparalleled performance.

HWB is participating in “Movember” to raise funds for Pancreatic Cancer Research. Make a difference, make a donation.