Offense: The Bruins are a rare team that doesn’t rely on two or three superstars for most of their offense. Instead, the Bruins spread the wealth and get everyone to contribute on a nightly basis. Last season, Boston finished 5th in the league in goals scored per game with an average of 2.98. Six of the eight players who scored 40 or more points last season will return this year. 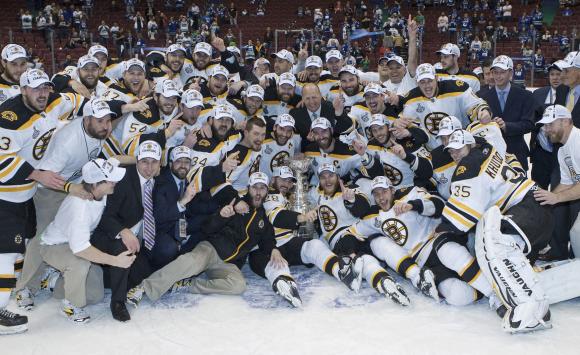 Milan Lucic, David Krejci, Patrice Bergeron and Nathan Horton form the foundation of the team’s offense. Each player had 50 or more points last season while Krejci was the only one of the four to not post 20 or more goals, although he led the team with 49 assists. These players will again form the nucleus of the offense this season.

To help shore up the departures of Michael Ryder and Mark Recchi, both Tyler Seguin and Brad Marchand will be looked upon to provide secondary scoring and take on more responsibility in their second full years in the NHL. While Marchand remains unsigned, his clutch performance in the playoffs gave a good indication of what he is capable of. A second 20+ goal season and 50 or more points may not be out of reach.

The player to watch this season is Rich Peverley. The trade to Boston from the Thrashers at the trade deadline last year was a bit under the radar, but Peverley is a solid contributor capable of posting 40-50 points a season. He certainly helps the Bruins’ depth and should get more attention now that he’s in a hockey market, much like Horton did last season after getting traded from Florida.

Defense: The Bruins play team defense. They are smart and they are accountable. In fact, nine players last season were plus-15 or better while five of those players were plus-25 or better. Not many teams can match those types of stats.

Captain Zdeno Chara remains the foundation of the team’s defense and is every bit the leader on the ice. His 44 points were good for 6th on the team and his plus-33 led the team. Beyond Chara, the team has a lot of talent defensively with Dennis Seidenberg, Andrew Ference and Matt Hunwick. Youngster Adam McQuaid also showed a lot of promise with 15 points and a plus-30 rating in 67 games and will get the chance to expand on those numbers this season.

The addition of Joe Corvo gives the Bruins another strong offensive defenseman capable of reaching the 40-point plateau. Corvo should be what the Bruins expected Kaberle to be last season. Kaberle never really materialized into the puck-moving defenseman they desired and were willing to let him walk this summer and take Corvo instead.

The Bruins finished 2nd in the NHL in goals allowed with an average of 2.30 per game last season. With most of the blue line from last season returning this year, and the addition of Corvo, expect Boston’s defense to be as good, if not better, than last year.

Goaltending: At 37 years old, everyone keeps waiting for time to catch up with Tim Thomas. But Thomas, like a fine wine, seems to only get better with age. While there remains the threat of a Stanley Cup hangover, Thomas plays the game with determination and heart and if he’s healthy, he will do whatever it takes to win.

Don’t count out backup goaltender Tuukka Rask, who successfully stole the number one job from Thomas in 2009-10. Rask is capable of challenging Thomas and together they push each other to greater heights and form one of the more formidable tandems in the NHL.