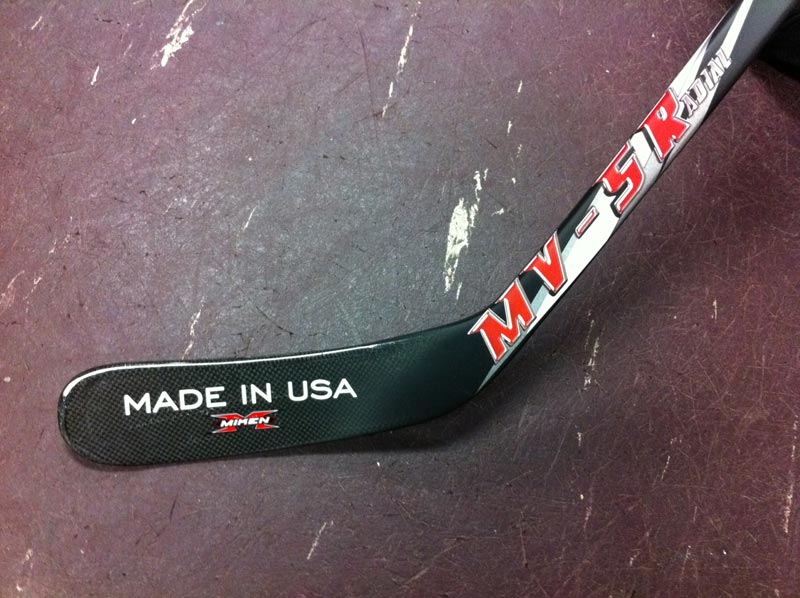 Miken MV-5 Radial Hockey Stick - Made in the USA

Recently we received a Miken MV-5 Radial hockey stick from Miken Hockey to review. Miken has been around since 2001, but first began doing business as a composite baseball bat manufacturer. Much like Easton, they later applied their knowledge towards the development and production of composite hockey sticks. A big selling point for Miken Hockey is that they manufacture all of their sticks right here in the United States. I’ve had the opportunity to skate with their new MV-5 Radial stick it a few times now, so I wanted to provide my initial impressions of the stick for you.

The first thing you’re going to notice about the Miken MV-5 Radial is the slick matte black finish it has. More and more sticks feature the matte finish now, and while it does offer a great look to the stick, I’ve noticed that paint chips much easier than it would otherwise. When it comes to graphics, I think Miken has done a nice job with the overall color scheme, but the stick is a bit busier than I would like to see. Of course the graphical elements are all personal preference, and while I thought they were slightly busy, HWB writer Chris was really liking all aspects of the design. The blade features a nice “Made in USA” graphic, which we love. It’s great to see a company keeping their manufacturing efforts right here in the US.

One of the things that sets the MV-5 Radial apart is the new radial shaft design featured on the stick. I was initially concerned that this might feel strange in my hands, but after picking it up I was very pleased. The MV-5 Radial stick sits very well in your hands and let’s you control the puck and stick handle the same way you would expect with any other stick.

The Miken MV-5 radial stick is a true one piece stick, and made using R900 high grade aerospace carbon fiber. This material is going to help the stick instantly bounce back to its original state after flexing, maximizing your shot velocity. When it comes to hockey sticks features, you can never be sure how much of it is purely marketing jargon to help sell the stick. With the MV-5 Radial, these thoughts crossed my mind. But after taking my first shot with the stick, they quickly left. Hovering at the blue line, I fired a slapshot and was very impressed with the way it kicked off the blade. It was definitely a quicker shot than I was expecting. As I was testing a 100 flex stick, I was pretty confident that I knew how it was going to shoot for me, but came away surprised and pleased with its early performance.

Overall, we’re excited and happy with what we have seen so far from the new Miken MV-5 Radial hockey stick. It’s a very well-balanced stick that feels great, looks great, and has some great technology built into it. These are our initial impressions, and we will continue to pound away with it and give you a full review in a few weeks time. At that time, you can expect a deeper look into all performance aspects of the stick, as well as durability, which is always a big concern when investing in a new stick.

If you’re looking into picking up a Miken MV-5 Radial stick for yourself, head over to Ice and Inline Warehouse. You can grab one on sale now for only $159.97, which seems to be a steal for stick like this. 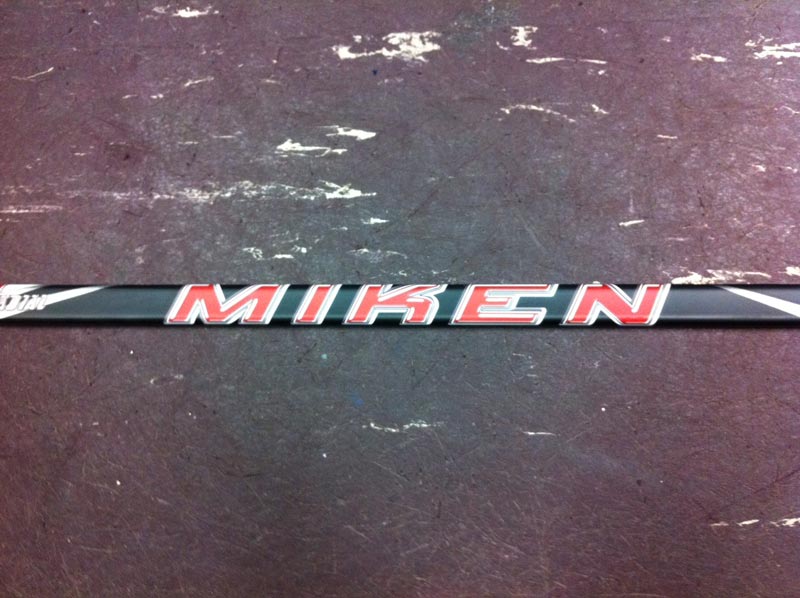