NHL to assign Oilers to AHL

The below post is from a guest contributor, Ric, who will be providing a few more looks at the Edmonton Oilers over the next few weeks in a more serious fashion. 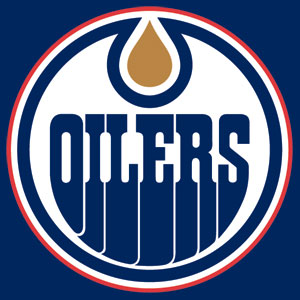 In a move that is sure to create controversy, the NHL is expected to announce, perhaps as early as tomorrow, that they have assigned the Edmonton Oilers hockey team to the American Hockey League (AHL).

While probably surprising the half dozen or so remaining fans, the move had to be expected by Oilers’ management after losing the last five games by a combined score of 30-8.

“We felt that it needed to be done, for the integrity and reputation of the league” said a league official familiar with the matter.

It seems that wasn’t the only motivator.

“The demand for the entertainment dollar is such that we just can’t be offering sub-par product on the ice, and that comes straight from our sponsors. Well, them and CBC.”

When asked who might be taking the Oilers spot on the schedule, the official was non-committal, “We are examining our options”, leaving the Phoenix Coyotes wondering about Friday night’s game and AHL teams wondering who will be recalled en mass.

The move, although rare, is not without precedent.

During the ’31-’32 season, the New York Americans were sent down for six games amid allegations of poor sportsmanship after icing the puck 61 times in a game against the Bruins.

“Obviously, this is going to change some things, hotel bookings, business cards, things like that. And I guess we are going to be using a bus a lot more.” was the response from an Oilers spokesman, who requested anonymity, when informed of the pending decision.

“But this could be good for us. We have a young team, maybe some developmental time would be good. Although the season ticket holders might not like it.

“Especially transplanted Leaf fans. You know, there could be some upsides.” he continued.

“We’ll go down there and hone our game, work on the stuff we need to work on, and get better.

We’ll be back in no time at all, you watch.”

“You’re kidding me, right? I built my whole team around guys the Oilers play most” was a common response on forum boards.

“We can sue, can’t we?” was tied for second with the almost drooling “What fodder are they going to fill the schedule with?”

Perhaps most fitting is the reaction of a recent AHL call-up:

“What? They can do that? Send the whole team down?”