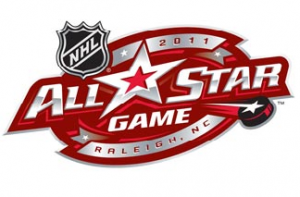 Tune in to Versus tonight at 8:00 p.m. for the All Star Game Fantasy Draft.

One of the new features of this year’s NHL All-Star Game is the All-Star Fantasy Draft where each captain, and their two alternate captains, choose their own team Fantasy Hockey-style from the pool of selected All-Stars. The members of Hockey World Blog decided to get in on the fun and see what might be going through the heads of each captain as they make their selections. Eddie and EB worked together to choose for Team Staal while Matt and Chris took on Team Lidstrom in Hockey World Blog’s All-Star Game Mock Draft. Check out the final results of the draft below including some insight into strategy going into the draft, notes about key selections and problems that each team encountered while making their selections.

Team Lidstrom: Since the All-Star Game is usually more about offense, we wanted to get as much offense as possible right out of the gate. We determined that Stamkos was not only the best goal scorer available, but he is also a linemate of Martin St. Louis, who we also have on our team as an alternate captain. That pick was  a no-brainer. When Team Staal selected Daniel Sedin in the second round, we immediately countered and took Henrik Sedin in order to keep Team Staal from having both Sedin Twins. After that, in terms of offense, our selections really became a matter of selecting the best available talent in between selecting goalies and defenseman.

On defense we tried to add offensive-defenseman to the mix  since, again, the All-Star Game is a very offensive event, which is why we grabbed Kris Letang high up. He should make a great compliment to Lidstrom. We also think we have at least one point locked at the Skills Competition in the Hardest Shot event with both Shea Weber and Zdeno Chara on Team Lidstrom.

Selecting goaltenders was mostly a matter of taking the best available. Thomas leads the league in most goalie stats and was another no-brainer, and we lucked out getting Fleury as well. Lundqvist wasn’t so much our choice as the only goalie left when Round 10 came by, but he is a great player and a fellow Swede so we wouldn’t be surprised if Lidstrom picks Lundqvist himself.

Team Staal: For our strategy, we wanted to focus on goal scoring as well. Even though we selected Cam Ward with our first selection, it was only natural seeing he is a member of the Hurricanes and he’s the goalie Staal could trust. After Ward, we tried to prevent Team Lidstrom from having both Sedin twins so we chose the better twin statistically (Daniel) before Lidstrom can grab him. With the Ovechkin selection, we wanted the best player available on the board, and there wasn’t a player worth thinking about besides Ovechkin.

With Tim Thomas going after Ovechkin, we wanted to force Team Lidstrom in selecting the weaker goalies with their goaltender selection. Jonas Hiller leads the league in victories with 25, so he knows how to play with a lead and keep his team in the contest. With our defensive selections (Byfuglien, Keith, and Yandle) before the 10th round, we wanted offensive-thinking defensemen who has the ability to score and move the puck. If our team should have a power play, look for Toews to get a lot of looks as seven of his 17 goals this season has come with the man-advantage.

The selections which Team Lidstrom forced our hand and made us change our strategy was their picks of Perry and Chara. We were undecided between Nash and Perry, and we took Nash because of his size and ability to bang inside the slot to capitalize on rebounds. Once Chara was off the board, we went with Yandle because believe it or not he is the leading scorer among defensemen with 44 pts. In addition to Yandle, we believe our steals were Carey Price (forcing them to take Henrik Lundqvist), Brent Burns, and Marc Staal.